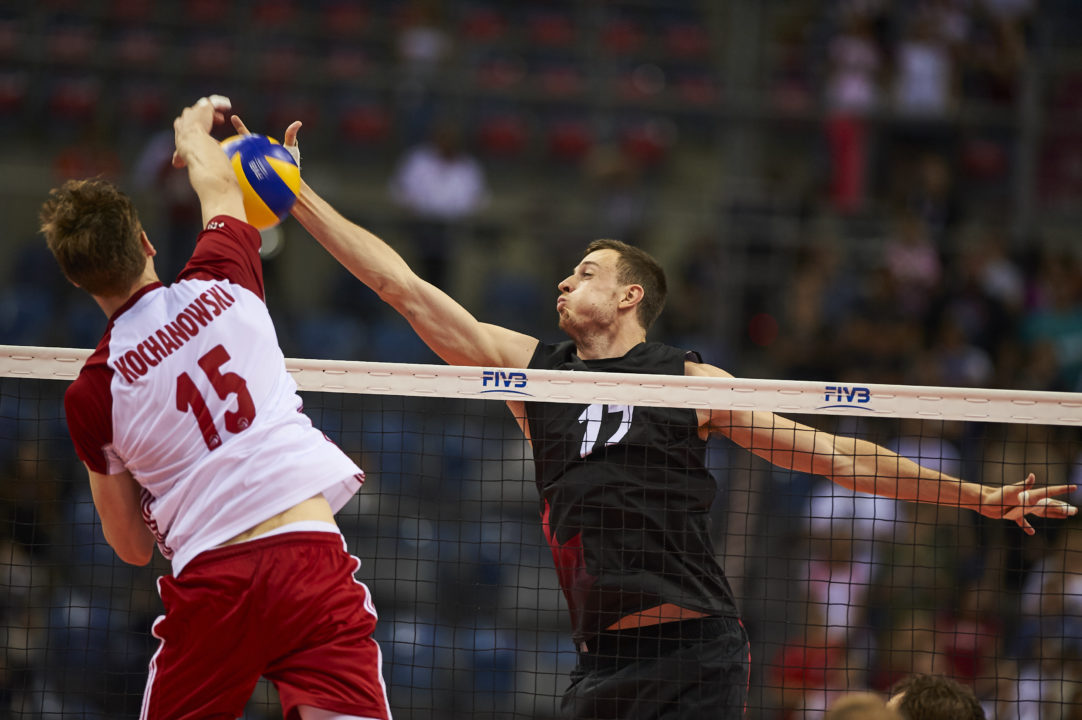 Vigrass will play for his Canadian team coach Stephane Antiga with Warsaw. Archive Photo via FIVB

Canadian National Team member Graham Vigrass has signed a 1-year contract to represent ONIOC Warsaw in the Polish PlusLiga next season. He’s one of 4 new additions for the team this off-season.

The 6’9″ (205cm) 28-year old middle blocker from Calgary has been a member of Canada’s Senior National Team since 2012, and was a crucial piece to their history-making bronze medal run at last year’s World League. He ranked 5th in the preliminary rounds of that tournament with .56 blocks/set, teaming with Daniel Jansen Van Doorn (.59 blocks/set) to make the only team with 2 players ranked in the top 5 of that tournament.

Vigrass then had 12 blocks in the finals round, which was 2nd only to France’s Kevin Le Roux in that stage. He has 5 blocks in this year’s tournament so far.

Vigrass spent the last two seasons with German Bundesliga power Berlin Recycling Volley. He was 3 times named match MVP in that time, and ranked 2nd in the league in blocks with 23.

Warsaw finished 7th out of 16 teams in the PlusLiga main draw last season, missing the 6-team playoff and eventually losing the 7th-place classification matchup to Cuprum Lubin. The team did rank 2nd in the league with 2.56 blocks/set.

Other Warsaw additions this off-season: