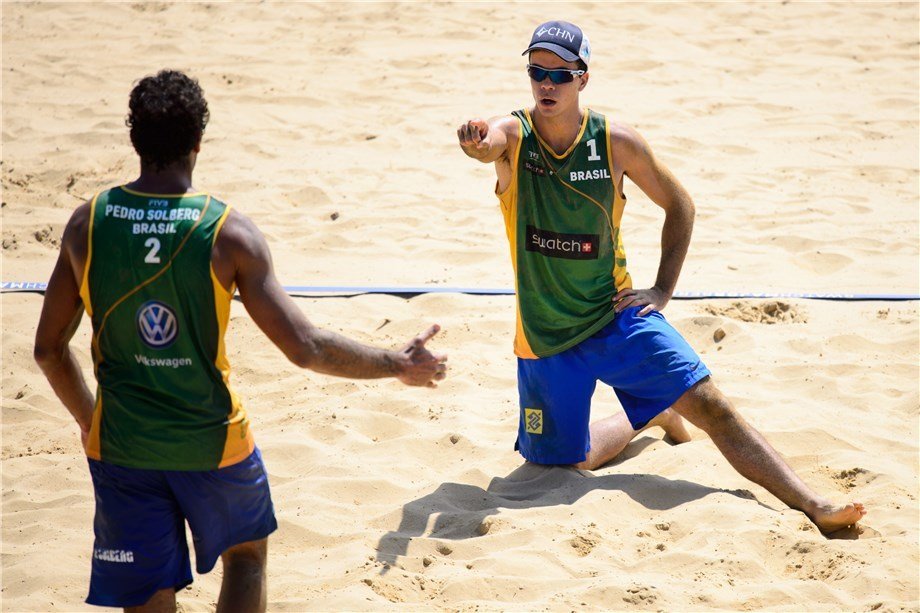 The qualification round of the Gstaad Major has ended with eight squads of both genders moving on to the main draw of the tournament. Current Photo via FIVB

The qualification round of the Gstaad Major has ended with eight squads of both genders moving on to the main draw of the tournament. 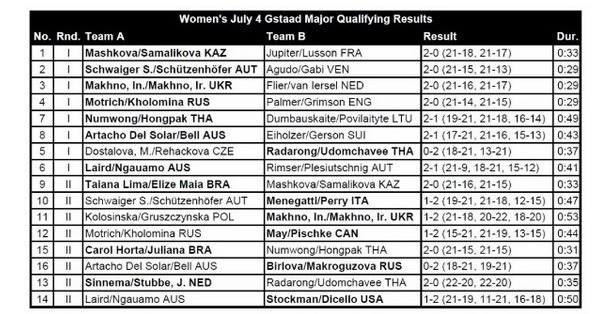 On the women’s side of the qualification tournament, Ukrainian twin sisters Inna Makhno and Iryna Makhno qualified for their second main draw event in 11 international starts together. The last time the two qualified was back in October 2015 in Antalya, Turkey. 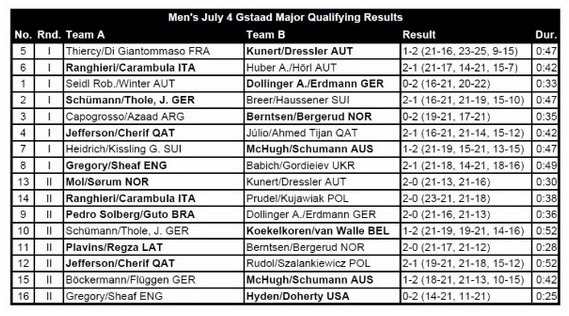 The winner of the Porec Major just two days ago, Gustavo “Guto” Carvalhaes/Pedro Solberg headed straight to Gstaad to compete in a country quota match against Vitor Felipe/George Wanderley 2-1, (21-16, 14-21, 15-12). The win moved them to the qualification tournament where they took down Armin Dollinger/Jonathan Erdmann of Germany 2-0, (21-16, 21-13) to win an international match in each of the last nine days, setting an FIVB World Tour record.

“It’s an incredible streak,” said Carvalhaes. “Each match is tough and we have to play our best.”

Carvalhaes called winning the Porec event over Italians Daniele Lupo and Paolo Nicolai as the highlight of his beach volleyball career.