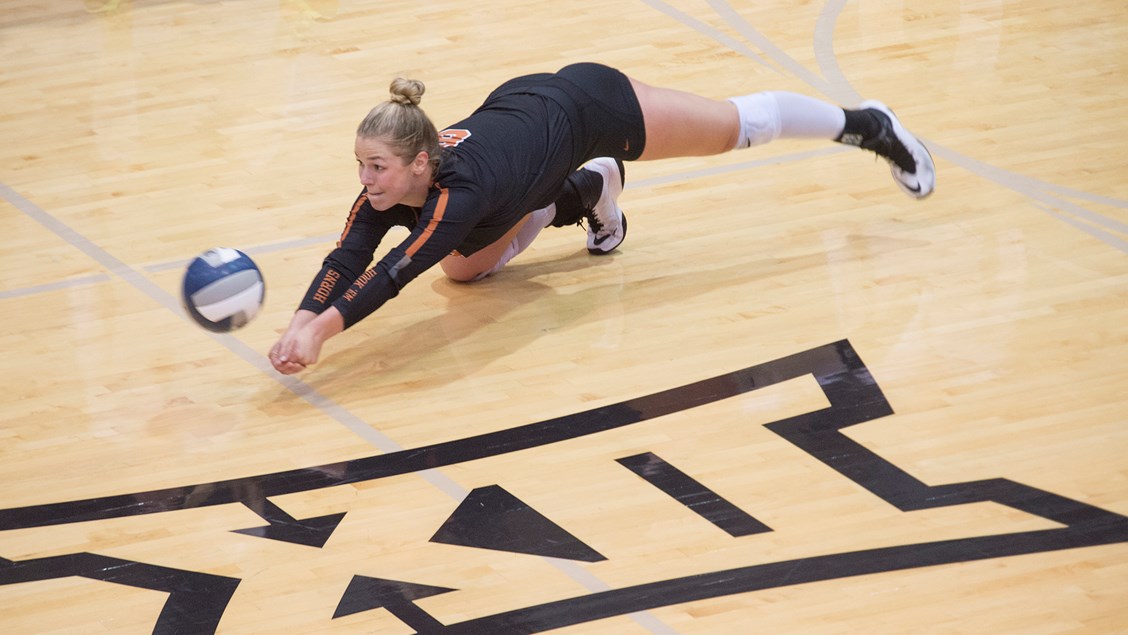 Texas senior libero Cat McCoy made Longhorn history on Wednesday evening by setting the school’s all-time career record for digs. She had 25 digs in the team’s nail-biting 3-2 win over Kansas State in Manhattan, Kansas, which bumped her to 1,639 in her 3-plus seasons on the 40 acres. That broke a tie for the team’s all-time career record for digs, which she held coming into the game with Demetria Sance, who had 1,614 from 1995-1998 (the pre-libero era).

Sance would go on to play on the U.S. National Team at the 2000 Summer Olympics.

The Longhorns, as much because of their offensive success as in spite of it, have surprisingly little impact on the national record books (setting and hitting percentage being the notable exceptions). Even with the Texas career record, McCoy is more than 700 digs away from cracking the top 25 in NCAA history.

If Texas were to return to the NCAA Championship game for the 3rd straight season, they’d have 12 games left. At her current per-game season pace of 15 digs per game, she would end her career with just over 1,800 kills. That would move her into the top 10 in Big 12 conference history.