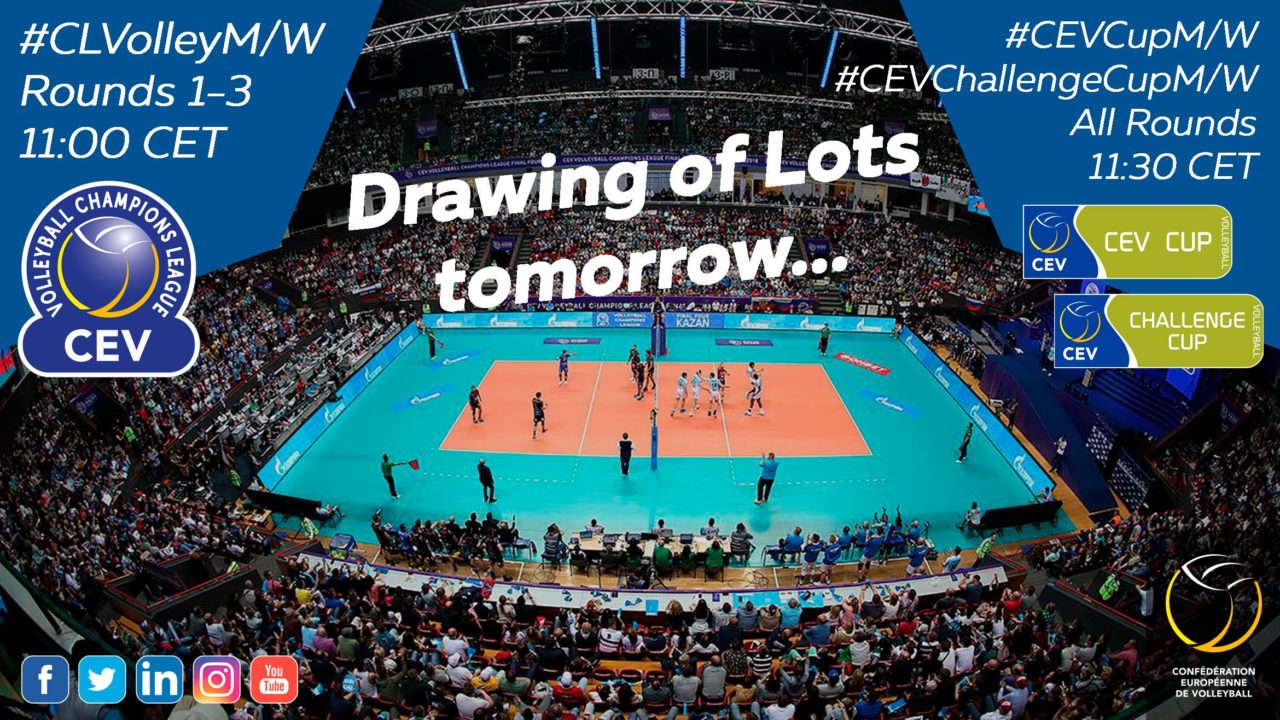 The drawing of lots for the 2018-2019 Champions League will take place on June 29, 2018. The CEV has finally announced what teams are confirmed for the tournament.  Current Photo via CEV

With the CEV holding the drawing of lots for the first three rounds of the Champions League on Friday in Luxembourg City, the list of confirmed teams has finally been released to the public. The tournament format has gone through some revisions the past few years. In 2016 the CEV opened up entry to all of the European nations and instituted three rounds of match-ups before the group stage. Twelve teams qualified automatically for the group stage while the last eight earned their spot by progressing through the home and away match-ups.

The problem has been that many of the available teams from the smaller leagues have chosen not to take on the financial burden of the Champions League. There have been 36 and 32 teams the past two editions of the competition, and there has not been a 1st Round either season. Instead the tournament began in the 2nd Round, which was quite counter-intuitive.

The CEV made more changes to Europe’s top club competition that were announced on May 25, 2018. The biggest change was the elimination of the Final Four and a change in the playoff format. A detailed account of the changes can be found HERE.

Another key change to the 2018-2019 Champions League adds more teams taking part in the first three rounds. While there are 34 teams confirmed for the tournament, 18 of them have automatically qualified for the group stage in the 4th Round. The remaining 16 teams will be drawn into the 1st Round. The teams that survive the 1st, 2nd, and 3rd Rounds will earn the last pair of spots in the 4th Round.

The following 16 teams will be drawn into match-ups in the 1st Round:

The following 18 teams will be drawn into groups in November as they have qualified for the 4th Round:

The drawing of lots will take place at 6:00 EDT on Friday morning and the match-ups will be reported here.