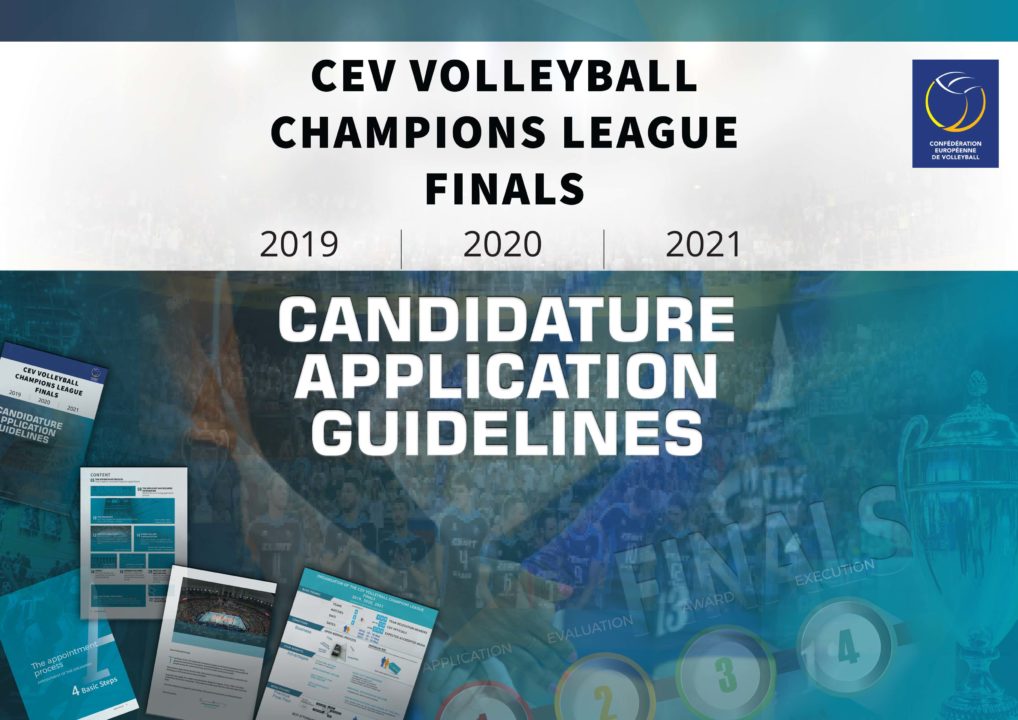 The CEV opened the bidding process for the "Grand Finale" of the Champions League. They released the guidelines necessary for application. Current Photo via CEV

Back on May 25, 2018 the CEV announced some changes to the annual Champions League tournament. The changes were reported HERE. One of the biggest shifts in the tournament is the elimination of the Final Four. It will instead be replaced by a “Grand Finale.” This event will host the finals for both the men’s and women’s tournaments on consecutive days instead of playing the semifinals and finals of each gender on different weekends in separate cities.

On June 5 the CEV opened the bidding process to host finals. They released a 26-page book that lays out the requirements for hosting the culminating weekend of Europe’s top club volleyball competition. This document calls for the applicants to provide documents involving many aspects of organizing such an event including the following:

The CEV also stated that a minimum bid will equal at least EUR 1,000,000. The potential host cities were also informed that they should expect to accommodate 100 team delegation members, 10 CEV officials, and 200 accredited media. Those hoping to host Europe’s biggest volleyball matches have until August 31, 2018 to submit their applications.