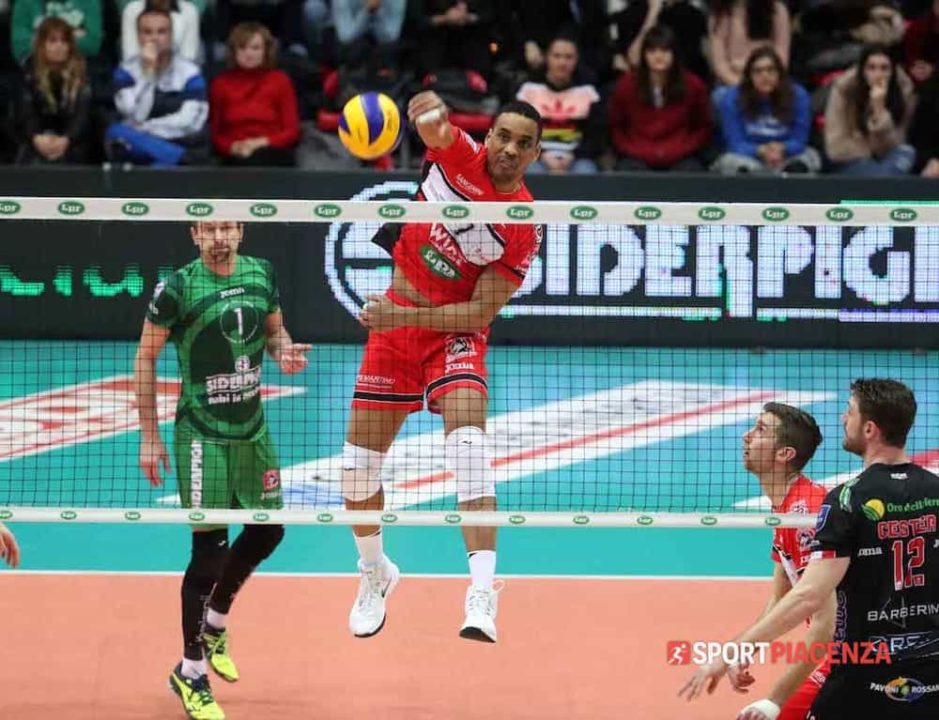 Leonel Marshall will be heading to Portugal to play for Sporting CP. This is Marshall's first time playing in Portugal after playing in Italy, Turkey, and China.  Current Photo via LPR Piacenza

Leonel Marshall, the outside hitter from Cuba who could touch over 12.5 feet in an attack approach is the star of many YouTube videos that highlight his outstanding vertical leap. At 38 years old, he is not quite as explosive as he was when he played for Cuba in the 2000 Olympic Games. Clubs throughout Europe still are excited to have him in their lineup. After playing in Italy, Turkey, and China for the last 14 years, Marshall is going to Portugal for the first time in his career. He will be playing for Sporting CP, the defending champions of the Portuguese Volleyball First Division.

Marshall has achieved success in Italy and Turkey during his storied career. He has won the following titles at the domestic and European levels:

Piacenza finished the regular season in 7th place. They were eliminated from the playoffs in the quarterfinals by Lube Civitanova 2-0 in a best-of-3 series. They were then relegated to the 5th place playoffs where they eliminated by Gi Group Monza 2-0. Piacenza will not play in the Italian SuperLega next season due to financial problems.