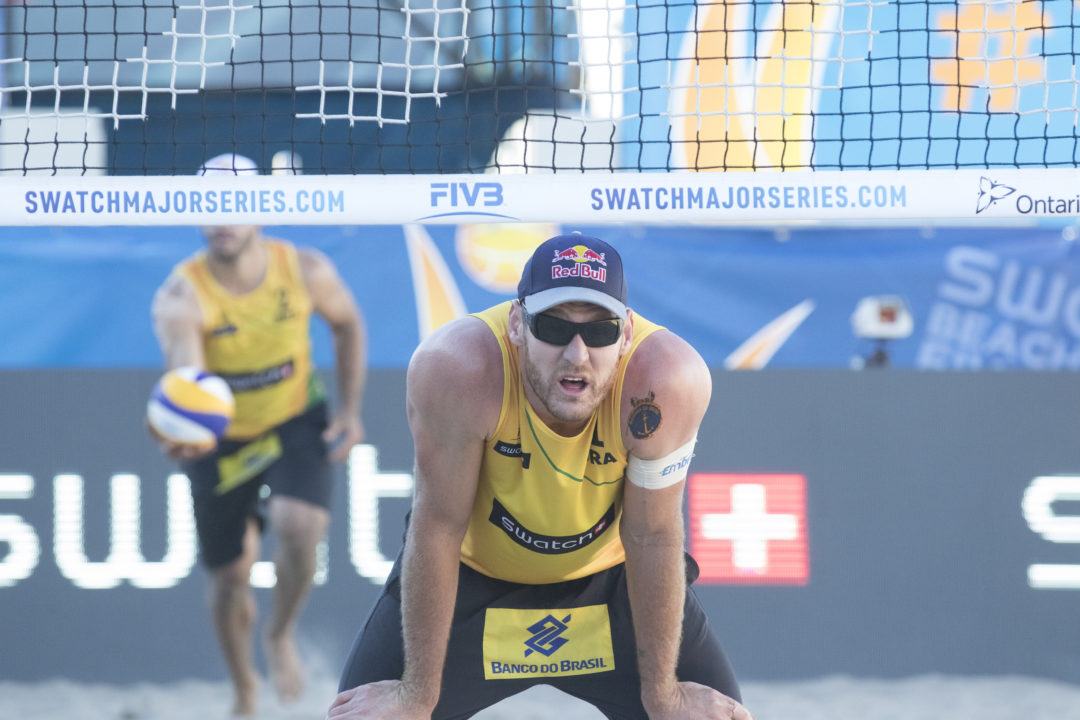 The Brazilian men's beach volleyball team was nominated for the AIPS International Athlete of the Year award. Current Photo via Chris Tanouye, christanouye.com

1 volleyball player, and 4 volleyball teams, have been nominated for the international AIPS (Association Internationale de la Presse Sportive) Athletes of the Year awards.

Voting for the Best Male Athlete, Best Female Athlete, Best Team, and Best Press Facilities is open through midnight on December 28th to members of the international organization for sports journalists.

Individually, Brazilian beach player Barbara Seixas de Freitas, half of the Brazilian beach pair Barbara/Agatha, was nominated. While the partnership has split up headed toward 2017, they took silver behind Germany’s Ludwig/Walkenhorst at the Rio 2016 Olympic Games.

She was the only individual nominee, but 4 volleyball teams were nominated – including the aforementioned Germans. The whole of the German women’s beach volleyball team received a nomination – a team led by Laura Ludwig and Kira Walkenhorst. The two have already been named Germany’s top sports team of 2016 after winning Olympic gold, European gold, and FIVB Beach Volleyball World Tour gold in the same year – a rare triple.

Britta Buthe and Karla Borger tied for 9th at the same Olympics.

Brazil’s men’s beach volleyball team, led by Olympic and World Tour champions Alison Cerutti and Bruno Oscar Schmidt, are also nominated in the team category. Their countrymates Evandro and Pedro Solberg tied for 9th as well, but out-paced that placing in an all-Brazil final at the World Tour Series finale in Toronto.

While Brazil’s men’s indoor team, who won gold in front of a rousing home crowd in the Marazanazinho, were not nominated, the top two teams in the women’s tournament were. China won their third gold medal, capping off a year that also saw them win the Asian Cup.