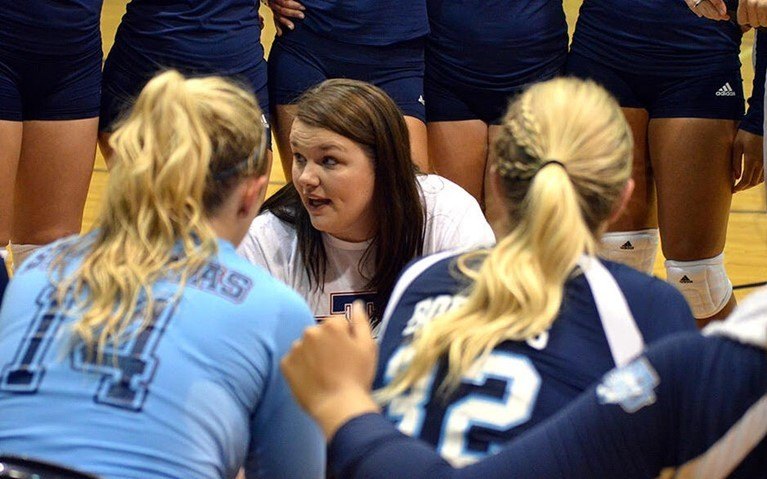 Director of Athletics Todd Garrett has announced Christina Ludwick as the next head volleyball coach at MNU. “I am extremely excited... Current Photo via MNU Athletics

Director of Athletics Todd Garrett has announced Christina Ludwick as the next head volleyball coach at MNU.

“I am extremely excited to have Christina Ludwick join the MNU family as our next head volleyball coach,” said Garrett. “Christina’s proven success as a head coach at the collegiate level, her competitive drive, and her balanced leadership style maker her a tremendous fit to lead our program in the years ahead. Her commitment to mold and shape lives in a Christ-centered environment solidifies her as the next leader of our Pioneers!”

Ludwick comes to MNU after a 1-year stint at St. Thomas University (Fla.) where she went 25-7.

Prior to Central Christian, Ludwick was a Head Coach for Club West, a nationally recognized club program based in Nashville, Tenn. From 2013-15, she served as the Head Coach of the Kansas Volleyball Club.

She began her coaching career in 2009 as the Head Coach of the Alliance Volleyball Club, then became an Assistant Coach for Ravenwood High School in Nashville, where she coached the 2010 Gatorade Tennessee Player of the Year helped lead Ravenwood to the TSSAA Division I state championship.

As a player, Ludwick was a four-year starter and a three-year captain for Eastern Nazarene College in Quincy, Mass. where she earned multiple NCAA All-Academic and All-Conference Academic honors, while also serving as the President of the Student Athletic Advisory Committee.

“I am very excited to be joining the athletic staff at MidAmerica Nazarene University,” said Ludwick. “And I want to thank Dr. Spittal, Todd Garrett, and the hiring committee for seeing me fit to take over the Pioneer volleyball program. I feel as though God has opened this door to allow me to return to my roots of Nazarene higher education and am excited to get started. I am looking forward to continuing the tradition of excellence and high level volleyball that MNU fans expect at both the conference and national levels.”