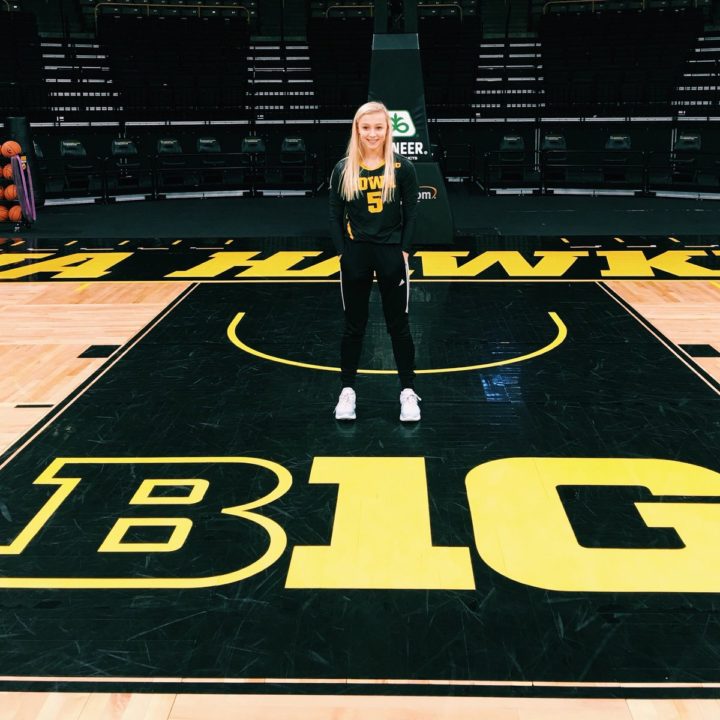 High school freshman Sydney Dennis has committed to the University of Iowa as part of the class of 2021. Standing at 5’4″, Dennis plays the defensive specialist/libero role and is likely to fill that position with the Hawkeyes as well.

A first-year attendee of North Cedar High School in Clarence, Iowa, Dennis helped her school to an 18-5 record this past season. According to her MaxPreps profile, she logged 153 digs (3.1 per set) for the year.

On the club side of things, Dennis plays with the Iowa Rockets and the 16 R team. She joins two other Division I commits from the club in Claire Overton (University of Tampa Beach) and Delaney Rice (St. Louis).

Iowa is coming off of an 18-15 season in which they finished 7-13 in the Big Ten. Their 2018 roster of returners includes four defensive specialists/liberos – all of which will be sophomores or later next year. That means the only players on pace to be at the position when Dennis arrives is anyone else the Hawkeyes add as newcomers between now and 2021.

I’m proud to announce my verbal commitment to The University of Iowa to continue my academic and athletic career! Thank you to everyone who had supported me through this journey! GO HAWKS!? pic.twitter.com/da3S0nfxLA