On January 30th, the Italian Volleyball Federation (FIPAV) and Errea held a press conference to announce that the Federation would... Current

On January 30th, the Italian Volleyball Federation (FIPAV) and Errea held a press conference to announce that the Federation would have a new sponsor on the front of the men’s and women’s national team jerseys. DHL Express Italy, the global shipping company, would replace the longtime sponsor of Kinder, chocolate candies and bars. DHL Express had sponsored Modena Volley in the Italian Men’s Serie A Volleyball League in the 2015-2016 season. According to Kinder’s Italian webpage, they had been a sponsor on the Italian Federation’s jerseys from 2002. 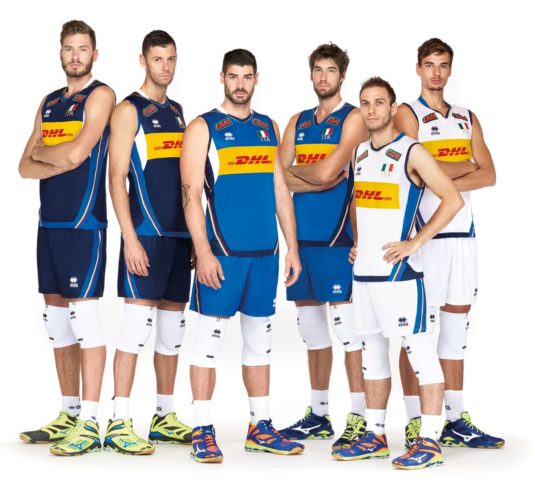 With a large yellow horizontal band with DHL in red lettering, the jerseys of the Italian national teams took a dramatic change. Kinder’s blue and red logo really fit into the dark blue, light blue and white jerseys of the Italian national teams very easily. However, the bright yellow, really overpowers the white and lighter blue jerseys. The dark blue provides a bit of contrast to the bright yellow and seems to work better. Also with no other elements of the jersey having yellow, it may have helped to put a little yellow on the socks or shows to enable it blend a little better with the design. The jersey design that the Italian Federation was actually the 2017 design for both the men and women, so we’ll have coverage on the new design expected later in the year.

With the Italian Federation being one of the hosts for the 2018 FIVB Men’s World Championship, do not be surprised in we see a large number of advertisements from DHL on the signboards during the Volleyball Nations League this year and also at the World Championships in Italy and Belgium.

DHL is a direct competitor of UPS, which was a sponsor of the USA men’s national team jersey during the 2012 NORCECA Olympic Qualifying Tournament. 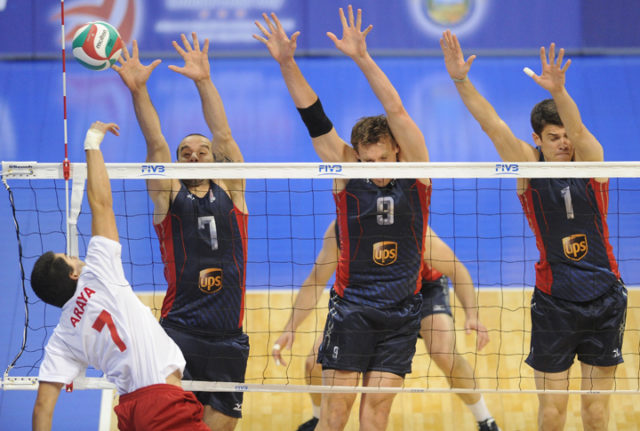