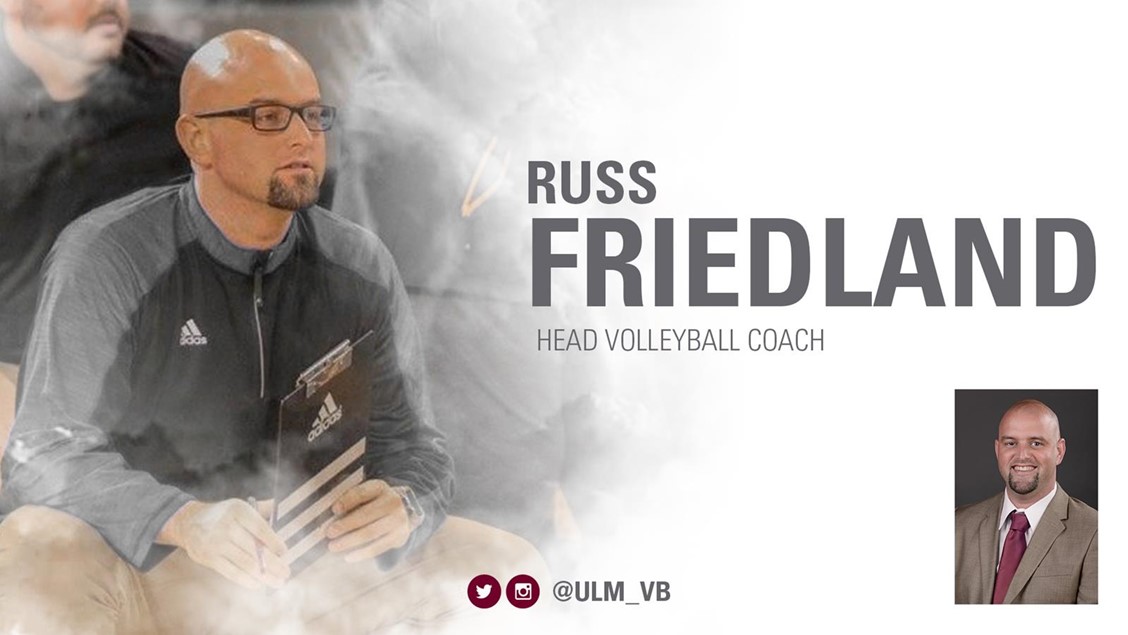 The University of Louisiana at Monroe (ULM) has hired Russ Friedland as its 11th head women’s volleyball coach in program history.... Archive Photo via ULM Athletics

The University of Louisiana at Monroe (ULM) has hired Russ Friedland as its 11th head women’s volleyball coach in program history. Friedland, who is just 34-years old, spent the last 2 seasons at East Carolina.

The Pirates finished 22-11 last season, including a school record 13-7 record in AAC play. That was the team’s first winning record since 2006, and marked the continuation of a years-long turnaround of a program that had only 6 wins combined from 2010-2012 (including 2012, the first year of head coach Julie Torbett’s tenure). Since then, the team showed steady improvement, having their best two records of that run when Friedland arrived in 2016 (15-15) and 2017.

Friedland has historic had success in other coaching stops as well. Before ECU, he spent 3 seasons as an assistant at UNLV, which included the 2014 campaign where the team set a program record with 26 wins and broke 7 program records. A year prior, he spent 1 year as a volunteer assistant at Tennessee, where the team won 13 of their last 14 regular season cames and finished 22-8.

Friedland played volleyball at Endicott College where he was a 4-year letterman on the men’s volleyball team.

LMU finished 5-28 last season, losing their first 8 games of the season and 15 of their 16 Sun Belt Conference games.