Class of 2018 Opposite Keegan Carey Commits to Concordia Irvine 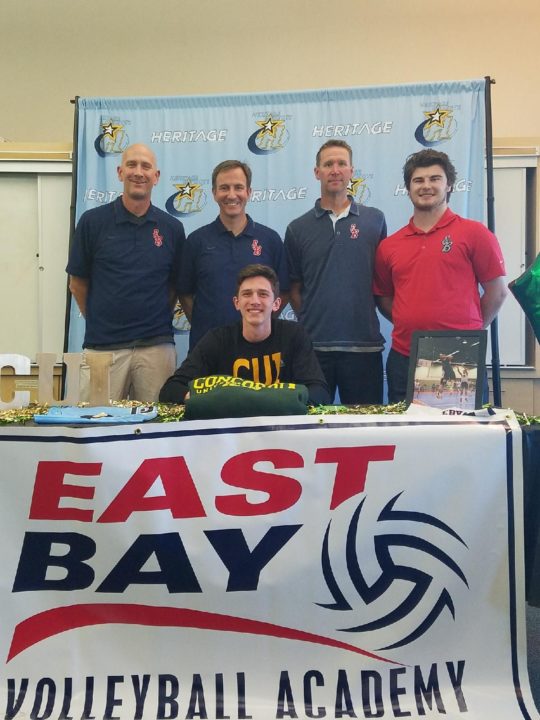 Class of 2018 RS/OH Keegan Carey has committed to Concordia Irvine for 2019. Archive Photo via Sean Carey

Class of 2018 recruit Keegan Carey has committed to the Concordia University Irvine men’s volleyball program. A 6’4″ opposite and outside hitter, Carey will join the team for his true freshman season in the winter/spring of 2019.

A recent graduate of Heritage High School in Brentwood, California, Carey departs as a three-time All-Bay Valley Athletic League (BVAL) selection and the 2018 BVAL League MVP. In his senior season, he posted per set numbers of 3.38 kills, 2.4 digs, 0.5 blocks and 0.2 aces. That performance pushed his team to their first ever BVAL Championship.

On the club circuit, Carey plays with East Bay Volleyball Academy in Livermore, California. It was his fourth year with the club, as he played with the 18-1 team. He was coached by a star-studded cast of former BYU player Steve Hieta – who actually played there with Concordia’s coach, Shawn Patchel – former CSUN player Gary Reznick and his father who played at Michigan State, Sean Carey.

The right-handed hitting Carey owns a 8’3″ standing reach, a 10’8″ block touch and an 11’3″ approach jump. Carey chose Concordia Irvine over Sacred Heart due to proximity to home and the level of competition in the MPSF.

The Eagles owned a 16-15 record this past season, going 5-7 in that MPSF as they ranked 14th in the final VolleyMob Men’s Top 20 Power Rankings. They are on pace to return seven outside hitters and two opposites to their 2018 roster.