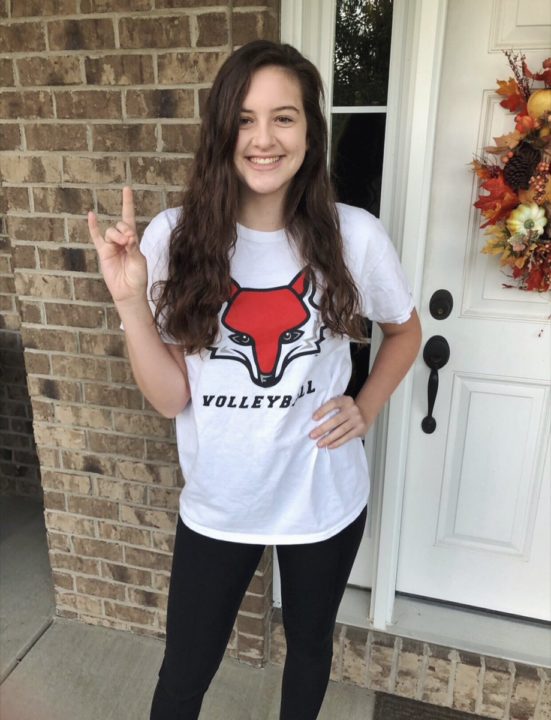 Class of 2019 MB Gabby Murray has committed to Marist to play Division I volleyball. Archive Photo via Gabby Murray (@gabbymurrray)

In total for her career now, she is over 700 kills while notching over 150 blocks, digs and aces.

Standing at 6’2″, Murray also plays with Wisconsin Volleyball Academy. Highlights from club play, where she hit .390, can be seen here via her Hudl page.

Marist now has three class of 2019 commitments that have been registered in the VolleyMob Recruiting Database. Murray joins setter Halle Carter and an even newer recruit in Andie Grace. In terms of players already on the team, Marist has four middle blockers with one set to graduate to open up a spot for Murray in 2019.

So excited to announce that I verbally committed to play D1 volleyball at Marist College!!! Thank you to my coaches, trainers, and teachers who helped me along the way! Go Red Foxes!!🦊❤️ pic.twitter.com/9NnFqctCIc