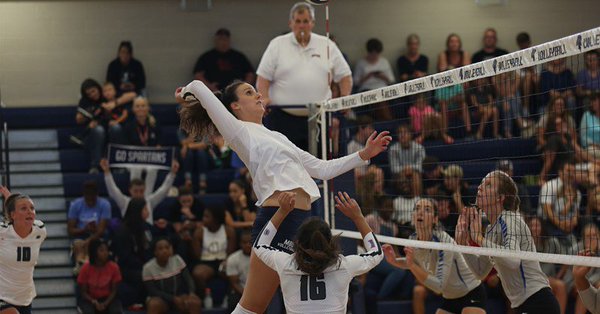 THIS is the reason why Caterina Cigarini was named @NAIA National Attacker of the Week. In the words of @MBUwvolleyball announcer Coach K, "Cigarini can't be stopped! She is on fire!" 🔥 🔥 🔥 https://t.co/z1PjxVedti