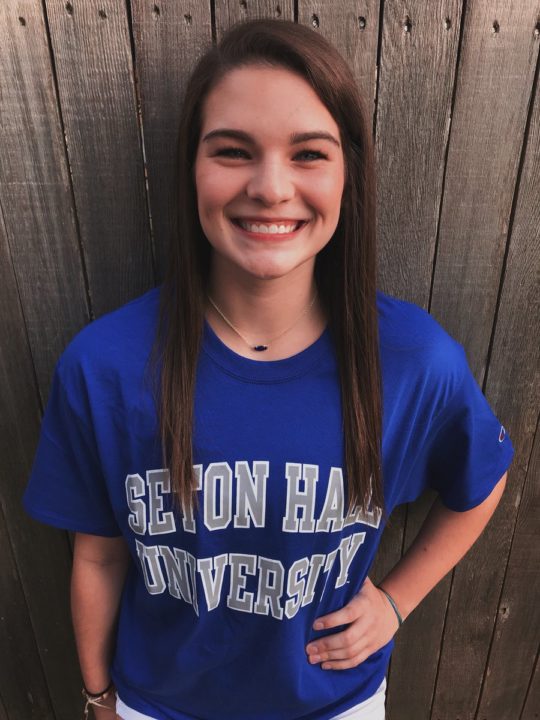 Class of 2019 recruit MacKenzie Huntley has verbally committed to the Seton Hall University women’s volleyball program. Standing at 6’0″, Huntley is listed as a middle blocker, right side and outside hitter on her recruiting profile. Back in May she had verbally committed to Cameron University, but now Huntley is changing her commitment from Division II to Division I.

An attendee of Rouse High School in Leander, Texas, Huntley will be a senior in the upcoming fall semester. During her junior season she helped the team to a 50-4 overall record and a 16-0 mark in district play. That ended in an appearance in the Texas Class 5A State Championship match, where the Raiders fell just short in five sets.

On the club side of things, Huntley plays with Austin Performance Volleyball and the AP 17 Asics team. Video of her play along with her recruiting profile can be seen here via SportsRecruits.

After much consideration and talking with coaches and family, I’ve decided to take on a greater opportunity. So blessed and excited to announce that I have verbally committed to Seton Hall University to play D1 volleyball! #GoPirates pic.twitter.com/Ajqznvk4Xs