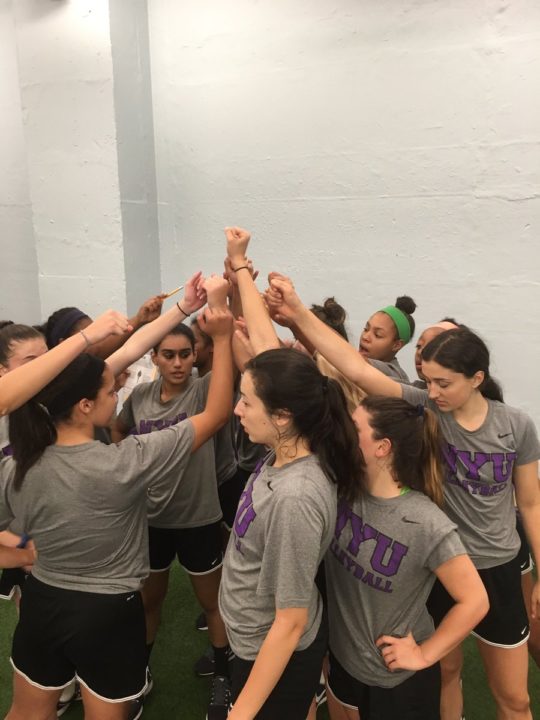 Amanda Colombo has been hired as an assistant coach of the New York University women’s volleyball team. Her responsibilities include opponent video breakdown/scouting and middle blocker training, as well as player development/leadership.

Colombo brings a plethora of coaching experience to the Violets’ staff from the high school and club levels. Additionally, she also played collegiate volleyball at the Division I level for Saint Peter’s University for current NYU Head Coach Andrew Brown.

“Amanda was part of my first recruiting class to Saint Peter’s University where she was a standout student-athlete and captain helping to lead her team to a top-10 team GPA in all DI WVB programs,” Brown said. “I’m thrilled to welcome Amanda to the NYU women’s volleyball program. Her impact will be felt immediately because of her passion and drive to teach and mentor our student-athletes. With her addition, we will continue to attract top-level student-athletes to experience NYU’s high academic standards and athletic experience.”

Colombo’s most recent position was as the Head Coach of the varsity squad at Immaculate Conception High School in Lodi, NJ, during the 2017 campaign. While there, Colombo planned practices, game schedules and created fitness plans and meal plans for her athletes.

At the club level, Colombo has spent the last four years as a coach at the Sideout Sports Volleyball Club in Fairfield, NJ. From April 2014 through May 2015 she had the tile of Assistant Coach for the 15-1’s team. In this role, Colombo provided expertise on strategic planning and created practice plans for the team. In November 2016, she was promoted to her current position as Head Coach. In her new role, she is responsible for creating practice plans and designing the team’s training regimen.

“I am extremely honored and thrilled to become part of the NYU women’s volleyball family,” Colombo said. “I look forward to working with Coach Brown and Coach (Rachel) Bello in enhancing our players’ volleyball skills on and off the court.”

Currently pursuing a Master of Science in global affairs with an energy and environment concentration from NYU, Colombo is a native and resident of Wallington, NJ.