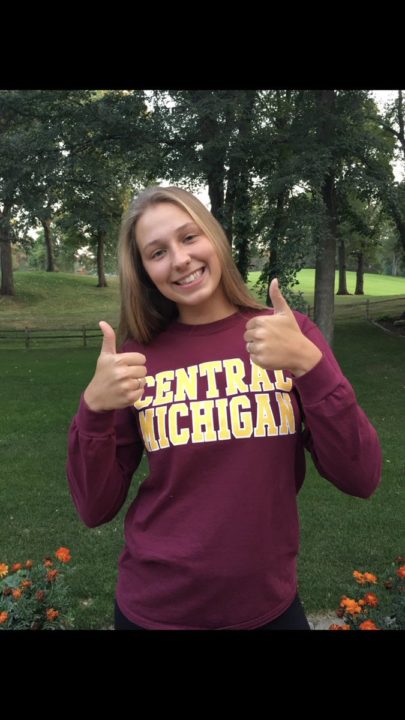 The Central Michigan women’s volleyball team has landed the commitment of Anna Erickson, a 6’3″ outside hitter in the class of 2019.

Erickson is in her senior year at Hopkins High School in Minnetonka, Minnesota. Last season as a junior, she helped the team to a 22-9 record and a sixth place finish in the Minnesota Class AAA State Tournament.

Continuing her prep career, Erickson plays with Mizuno Northern Lights and the 18-1 team. Her club team notes that the 6’3″ pin can play either side and owns a 7’10” standing reach, an 8’11” block touch and a 9’10” approach jump.

Central Michigan is in the midst of a 2-4 start to 2018, with matches to come this week against Green Bay, Saint Louis and at Indiana State. They also earned a 15-14 finish to the 2017 season in which they went 7-9 as a member of the Mid-American Conference (MAC).

Extremely excited to announce my verbal commitment to Central Michigan University!! Thanks to all my family, friends, coaches and teammates who have helped me along the way❤️💛 pic.twitter.com/GpiLjriShL