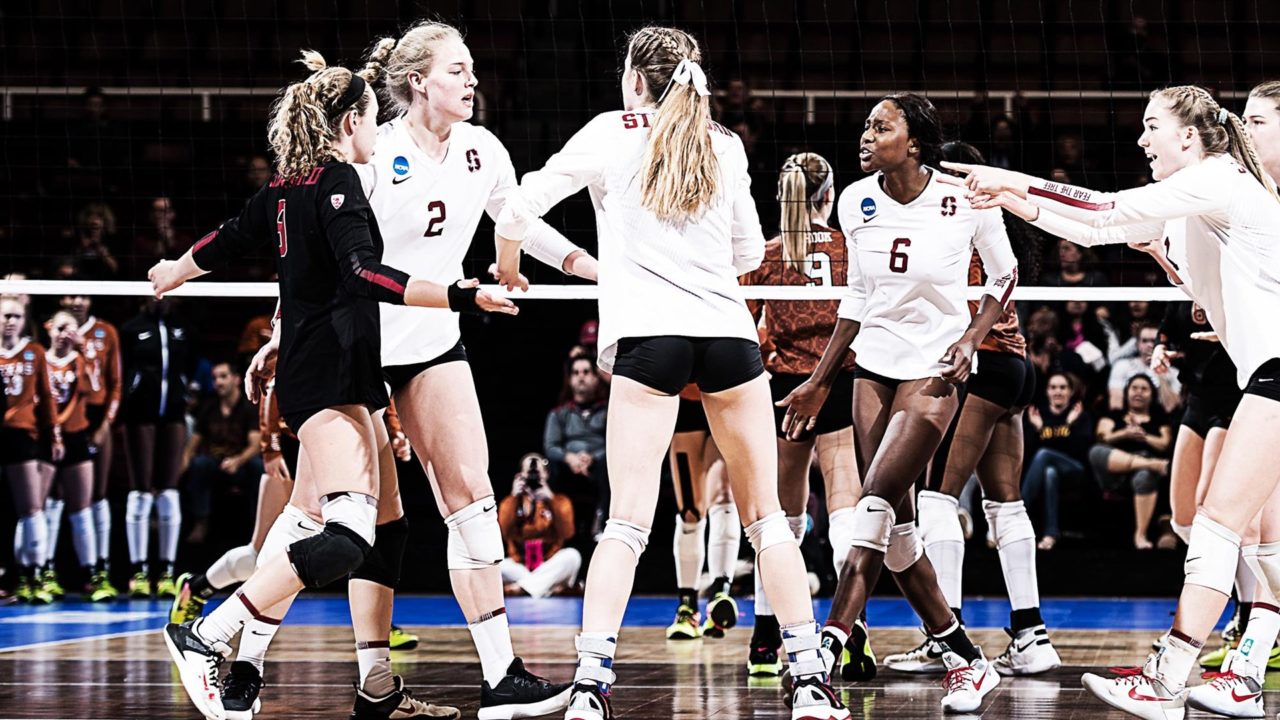 The consensus seems to be clear that the Big Ten and Pac-12 are the top two conferences in NCAA Division I women’s volleyball. That’s what makes the Big Ten/Pac-12 Challenge so intriguing, as the top leagues put some of their top teams to the test by clashing with each other.

Sure enough, that provides us with a foursome of #2 Stanford, #4 Minnesota, #9 Penn State and #18 Oregon, with the Cardinal hosting the action. With such a big event, let’s take a preview at the quartet of matches among the schools.

This is the first real test for the Golden Gophers, who have played a solid Florida State team but even they have a losing record. In total, Minnesota’s opponents thus far in victory have gone 9-19, so this week is their best barometer so far of where they are at. It’s also a test for Oregon, who has tons of talent from several consecutive recruiting classes, but are still looking to come together and breakout.

If Oregon struggles with set location and passing, they will be in trouble against the Golden Gophers and their wealth of options. The Ducks have racked up some impressive overall offensive numbers early in the year, but mostly from last week in four matches against lesser opponents. They’ve also yet to really establish their block, which will need to be cleaned up against a Minnesota offense that is hitting .310. The Golden Gophers meanwhile have blocked at 3.41 blocks per set, but will be more challenged with the different attackers that Oregon has.

This was close to being the National Championship match last season, but instead it winds up being a pair of teams who fell just short in the Final Four. While one team – Stanford – has the majority of that team back, the other – Penn State – is almost completely new. Beyond all of that, it’s a battle of volleyball blue bloods, which is awesome on its own.

This is the first high-pressure match for Penn State, so how they keep their bearings will be key. Both teams have blocked at a high rate so far too, which shouldn’t bother a veteran Stanford team as much but could be worse for Penn State with some young players and playing on the road. The Cardinal need to serve more aggressively though to keep Penn State out of system, making their serve and Penn State’s serve receive maybe the most critical part of the match.

If Oregon can’t get it done, they’ll have one more chance against Penn State to notch a top 25 victory. For Penn State, they’ll either be riding high from a win over Stanford and appear as a top level team or they’ll be looking to rebound with a young core against a solid ranked opponent who isn’t at as high of a level.

Does Oregon look more like the team we saw in the opening weekend or the one we saw last week? If that’s the case, their serve and offensive balance could cause problems for Penn State, especially in testing the young middles. On the flip side, the Nittany Lions strong block could help slow the Oregon offense and if Penn State gets their serve going to pair with it, it could make life really difficult for the Ducks. Additionally, if the Oregon block struggles, Penn State has a lot of thumpers who will terminate.

If all things go according to the higher ranked team, this could be the creme de la creme of all of the matches on the weekend. A 2-0 week for Minnesota could push them to #1 in the VolleyMob Top 25 while Stanford can show the BYU loss truly was just a road slip-up against a great opponent. Beyond that, it’s a Final Four rematch from 2016.

The setters will be key to both sides and each has a National Player of the Year candidate who will be relied upon in Samedy vs. Plummer. Each team has a bit of a positional battle too, between the second middle for Stanford against the outside hitter position for Minnesota. Who finds more production there will loom large. Each of these teams have elite offenses too and have blocked well so far, but haven’t found a ton of rhythm serving, so if either can do that and whoever wins the serve receive battle will likely claim this match between heavyweights.