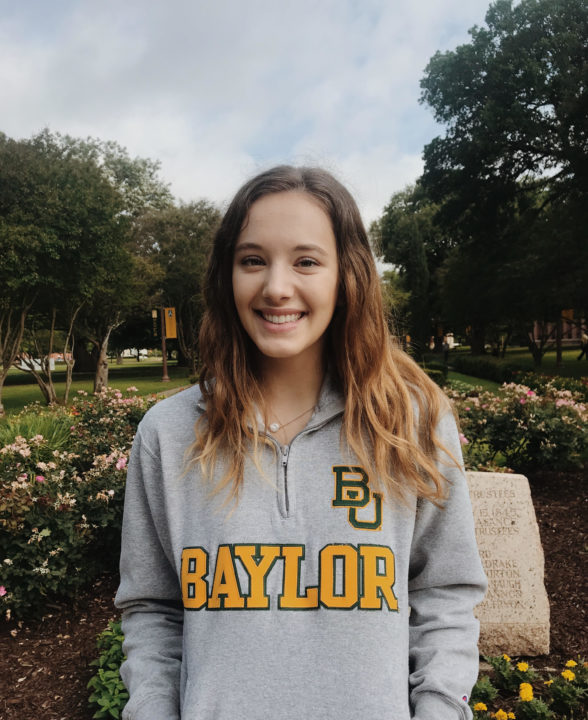 Class of 2019 recruit Sara Jones has committed to the Baylor University women’s volleyball program. Jones, who plays middle blocker and right side at the prep level, will join the Bears for the 2019 season and has been recruited as an outside hitter.

“I chose Baylor because of the incredible athletic program and academic environment Baylor provides,” Jones told VolleyMob. “I also fell in love with the team and the coaching staff. Coach McGuyre is doing amazing things with the program and has transformed the atmosphere and team. He has a huge vision for BU Volleyball and I am so excited to contribute to that success. I wanted to be a part of everything Baylor Volleyball!”

Standing at 5’11”, Jones is a senior this season at Santa Fe Christian High School in Solana Beach, California. As a sophomore she would suffer a difficult leg injury that threatened her junior season in 2017, but she still played with the team in 89 sets as the team went 25-12.

On the club circuit, Jones plays with Coast Volleyball Club – most recently the 17-1 team.

Also joining Jones in the class of 2019 for commits to Baylor that have been registered in the VolleyMob Recruiting Database is Campbell Bowden, an outside hitter/defensive specialist from Texas.