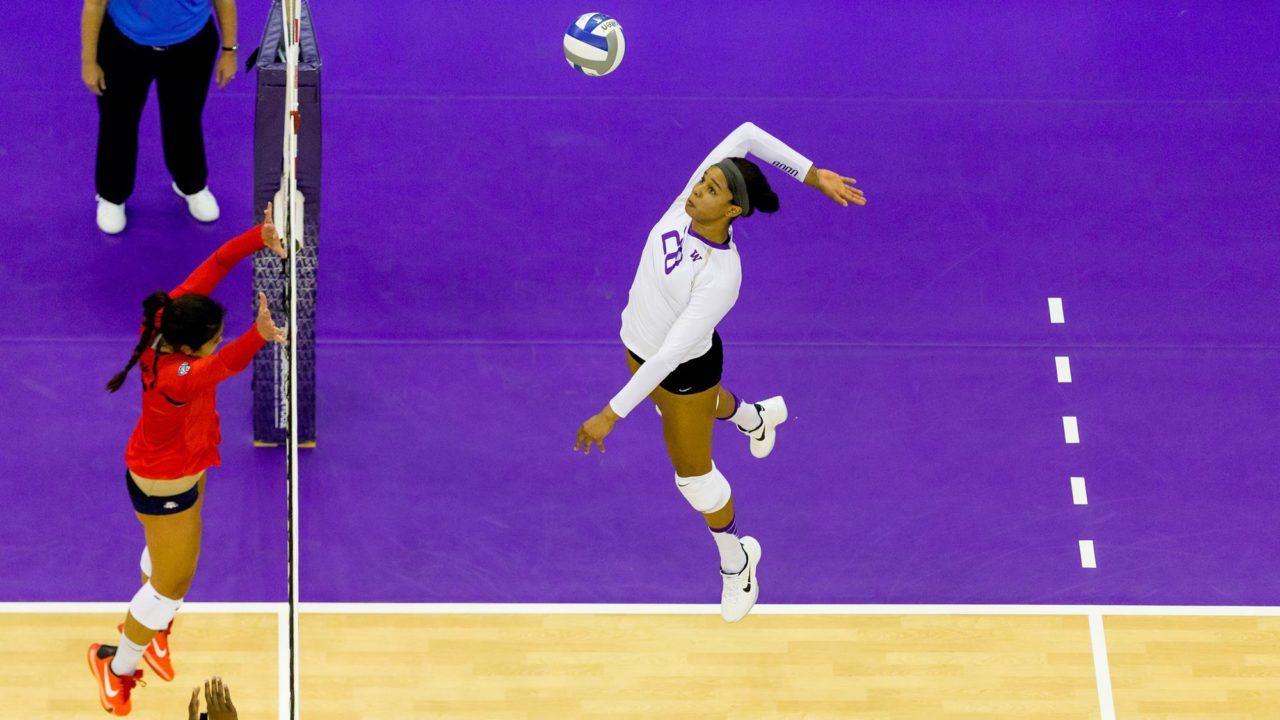 Former All-Pac 12 outside hitter/middle blocker Crissy Jones is continuing her collegiate volleyball career by transitioning to the sand and moving on from Washington to Cal Poly Beach. Jones will have one year left of play and is eligible to compete with the team for the 2019 spring season.

In her four seasons indoors with the Huskies, Jones racked up three appearances on either the All-Pac-12 or Pac-12 Honorable Mention teams, with another accolade in making the All-Freshman Team in 2014. She was also an AVCA Second-Team All-American in 2016. In the sand, Jones also became the first Washington player to ever earn All-Pac-12 First-Team, which she did in 2017.

In the sand, Jones put together a career 33-15 record at Washington and was also a USAV Collegiate Beach Volleyball selection.

Standing at 6’2″, Jones is a native of Los Alamitos, California where she became one of the top recruits in the country and was ranked 14th overall by PrepVolleyball.

“Crissy will provide senior leadership and experience on and off the court,” Cal Poly head beach volleyball coach Todd Rogers said in the team’s release of the addition. “She is a dynamic 6’2″ blocker who excelled at (Washington) both indoors and beach and I have no doubt will excel on the beach here at Poly. I am very excited to have the opportunity to work with Crissy this upcoming year!”

Cal Poly Beach finished the 2018 season at 27-7 overall and 5-1 in the Big West en route to a 10th place finish in the final AVCA Coaches Poll.