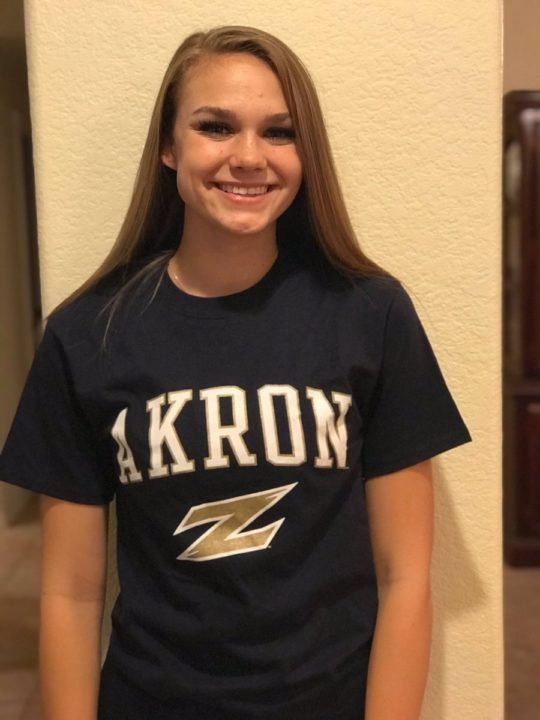 Class of 2019 outside hitter Rachel Abramson has verbally committed to the University of Akron women’s volleyball program.

Akron is off to an 8-5 start to the 2018 season and 0-2 in the Mid-American Conference (MAC), as they’ve already surpassed their 2017 win total. Their current roster has four left sides/outside hitters, with one senior set to depart and open up a spot for Abramson in 2019.

Happy to say that I have verbally committed to play volleyball at the University of Akron. Thank you so much to everyone who made it possible! Go Zips!💙💛 @ZipsVB pic.twitter.com/CXThZBRrsR

We are so proud of you @rachelabramso13!!! Akron is lucky to have such a dedicated, committed and hard working player!! You deserve this!! https://t.co/RrBJZkhefD