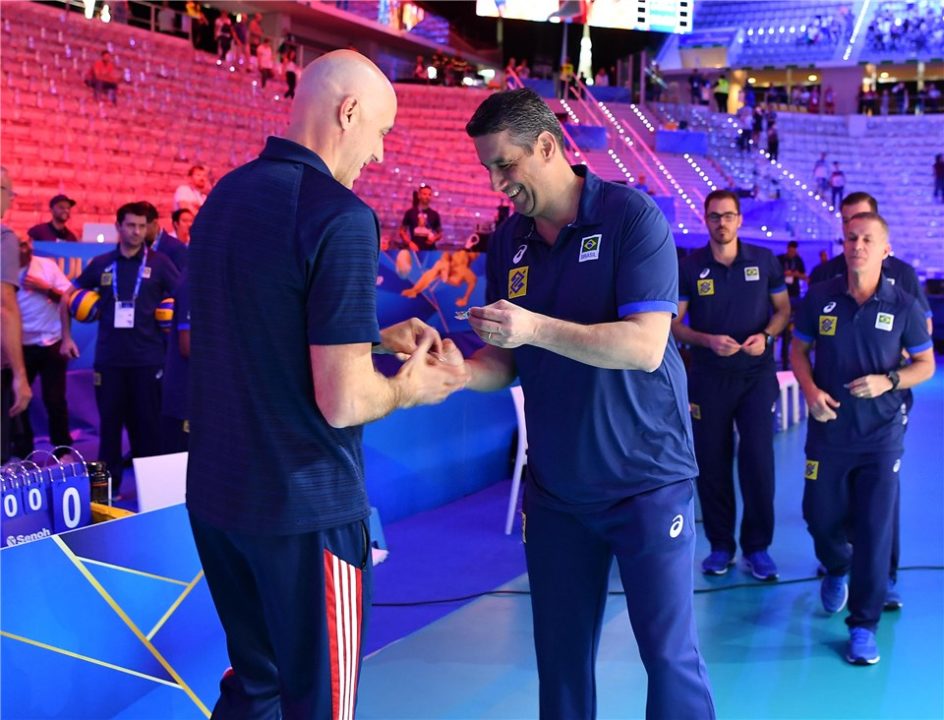 John Speraw of the United States and Marcelo of Brazil are using varied lineups for their match to conclude Pool I in the Final Six.  Current Photo via FIVB

There is still the matter of the match between Brazil, ranked #1 in the world, and the United States, ranked #2. The lineups for both teams look decidedly different than their opening matches of Pool I and if they face each other in the finals.

Lineup for the United States vs. Brazil

Dan McDonnell is being utilized as an outside hitter instead of his usual role as middle blocker. He was used in this capacity in the last match of the Second Round against Iran.

Lineup for Brazil vs. the United States

While all of these players have seen time in meaningful matches, especially against Russia, this is not necessarily the preferred starting lineup. There is no Bruno, no Isac Santos, no Wallace, and no Lucas. It will be interesting to see what Brazil will do in the semifinals at the setter position since William staged an epic comeback against Russia to qualify Brazil for the playoffs.

It is also important to note that, Renan Dal Bosco, head coach for Brazil, has been suspended for the match due to conduct in the tiebreak of the match against Russia on Wednesday.