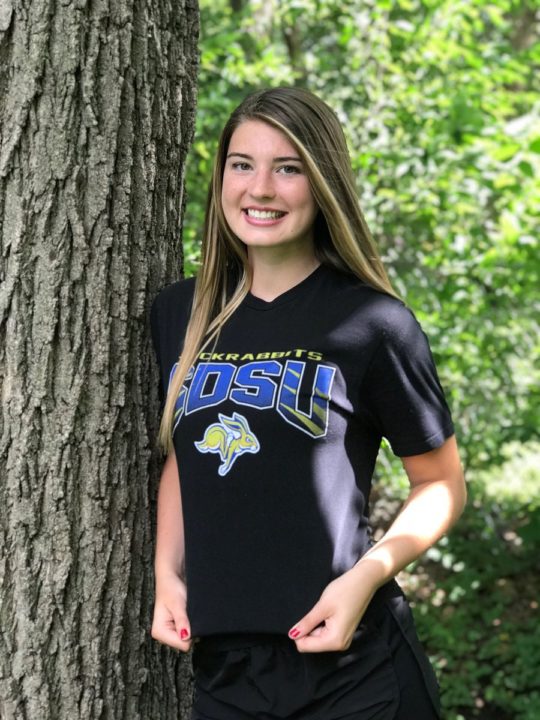 Class of 2019 outside hitter/right side/middle blocker Abbey Fryauf has verbally committed to the South Dakota State University women’s volleyball program. Fryauf would be in store for her freshman season come the fall of 2019.

A senior-to-be at West Branch High School in Iowa, Fryauf stands at 6’2″. In her junior season she helped her school to a 17-7 record. She also plays for the basketball team. Video of her play at the high school level can be seen below via her YouTube channel:

For South Dakota State it’s not their first class of 2019 commitment, as Fryauf will join middle blocker Tori Thompson. The Jack Rabbits are coming off of a 2-25 season in which they finished 0-14 as a member of the Summit League.

Extremely excited to announce that I have verbally committed to South Dakota State University to further my academic and volleyball career! Thank you to my family, friends, and coaches that have supported me in this process. Go Jacks!🐰💙💛 pic.twitter.com/Pdh3ZoKRPp