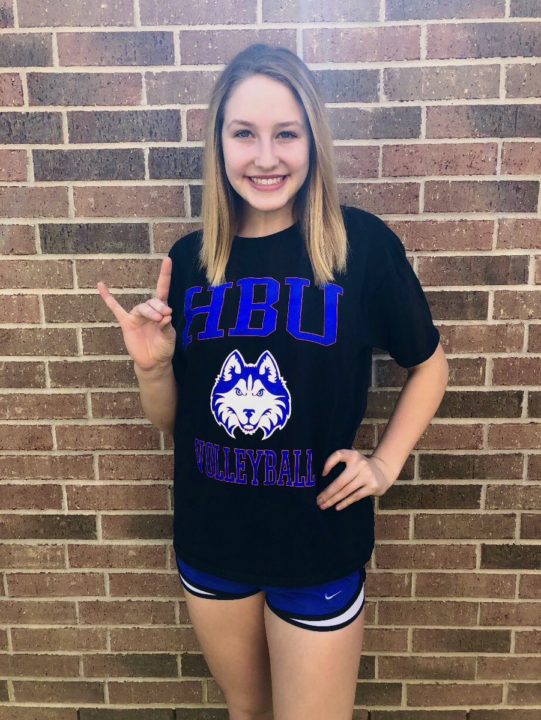 Class of 2019 recruit Victoria Kenney has committed to the Houston Baptist women’s beach volleyball program. A 6’0″ outside hitter and right side indoors, Kenney will join the program for the spring of 2020 season.

Owning a 7’5″ reach, an 8’8″ block jump and a 9’7″ approach jump, Kenney plays with Houston Stellar Volleyball Club – specifically the Houston Stellar 17 Elite team. Her club profile can be seen here.

In the sand, Kenney finished second at the Girls 16U East Beach, Galveston Island tournament and fifth for the Juniors 16U group as part of the Gulf Coast Volleyball Association.

Such a blessing to say that I have verbally committed to Houston Baptist University to play D1 beach volleyball! Forever grateful for everyone who helped me get here #DawgsUp ??? pic.twitter.com/4LWfOzABOc