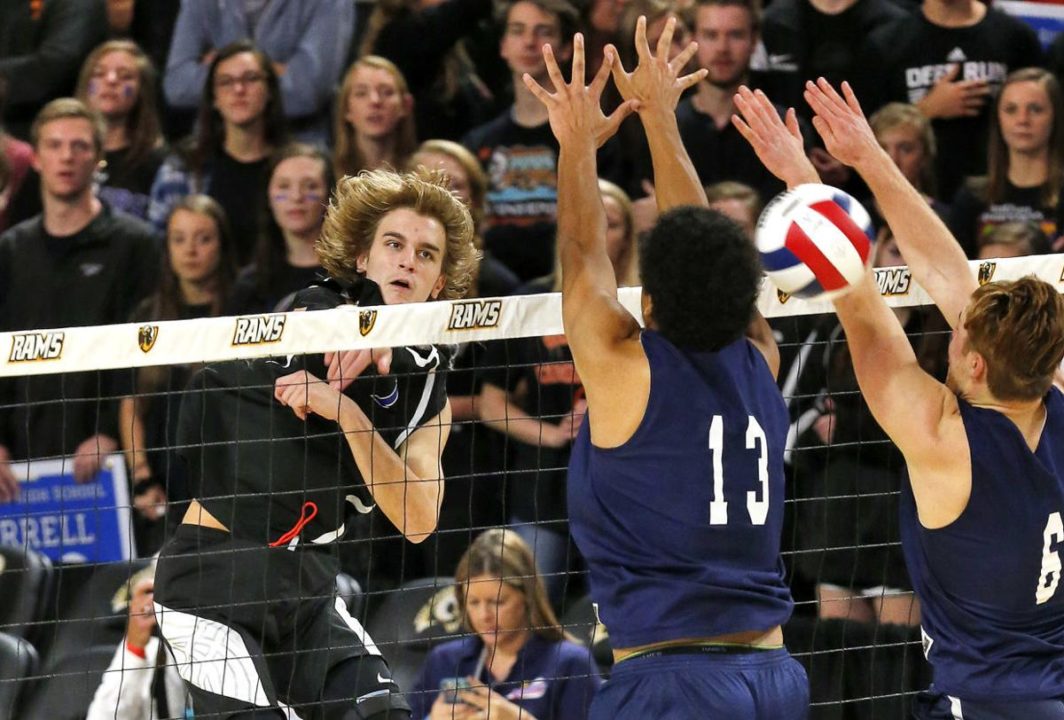 Class of 2019 S/OH Michael Wright has committed to Ohio State for the 2020 season. Archive Photo via Mark Gormus/Richmond Times-Dispatch

Class of 2019 recruit Michael Wright has committed to the Ohio State University men’s volleyball program. A 6’3″ setter and outside hitter, Wrigth will join the Buckeyes for the 2019-2020 academic school year with his freshman season coming in the winter/spring of 2020.

A junior at Deep Run High School in Glen Allen, Virginia, Wright immediately made an impact as a freshman with the team in 2016 when he was named to the all-state first-team as well as being all-conference and all-region. In 2017 as a sophomore he was the Metro Player of the Year.

On the club circuit, Wright plays with Richmond Volleyball Club. Video of his play can be seen via his YouTube channel below:

According to the Richmond Times-Dispatch/804 Varsity in Richmond, Wright had offers from many schools, notably Pepperdine, Loyola Chicago and Stanford in addition to Ohio State.

The Ohio State Men’s Volleyball team is currently in the NCAA Tournament and sitting at 24-5 overall after they won the MIVA postseason and regular season titles. Their starting setter this season, Sanil Thomas, is a junior who would graduate following 2019 prior to Wright’s arrival, while there is a mix at the outside hitter position.

Super stoked to announce I’ve received an offer and have committed to Ohio State University to play Division 1 Volleyball pic.twitter.com/fCNDR5nw6l