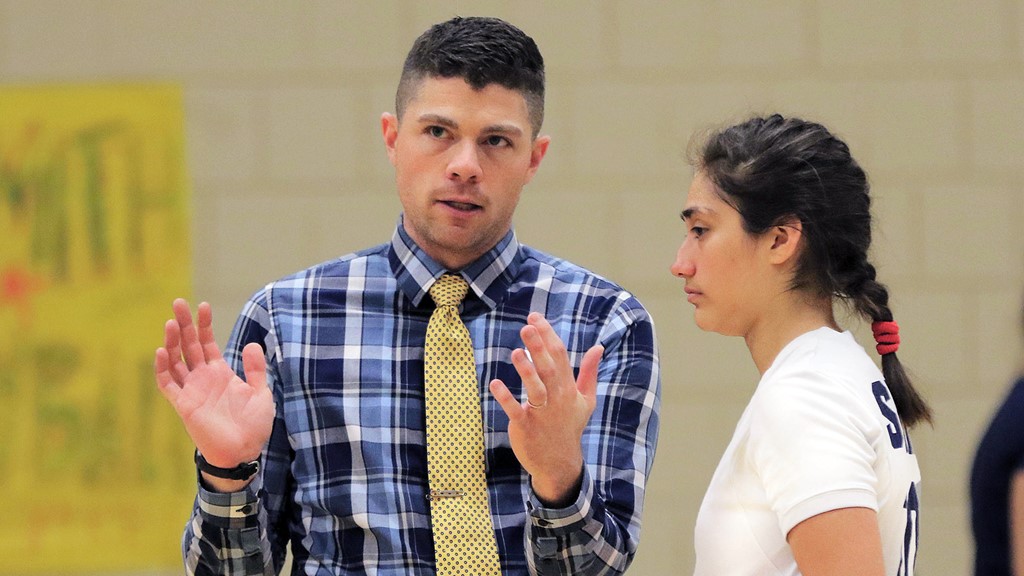 Braddak has been a head coach at the Division III level, but this will be his first head coaching opportunity at an NCAA D1 institution. Archive Photo via Penn Athletics

UPenn has filled one of the final remaining openings in Division I indoor women’s volleyball (notwithstanding the termination last week of Jacksonville State’s joint indoor-beach head coach after the beach season ending). The school has announced Iain Braddak as the Kenneth L. Gross Head Coach of Volleyball after Katie Schumacher-Cawley left the program to become an assistant at her alma mater Penn State.

Braddak’s rise in the coaching ranks has been swift – his collegiate career started as the head coach of the new men’s volleyball program at Culver-Stockton College in 2012. He also served as a women’s assistant there in his one season with a program.

He then became the head women’s coach at the D3 U.S. Merchant Marine Academy, where he compiled a 32-14 record in two season – including the program’s first winning season in 8 years and its first consecutive winning seasons in a decade.

His next jump was as head women’s coach at another D3 school, Smith College, where he was unable to recreate his earlier success. In his 2 years there, his teams went just 10-45 combined. Smith College was just one season removed from a 23-9 record when he arrived, but the year prior were 6-21. His .182 winning percentage was the worst in Smith College history.

Braddak himself played collegiately at Division III men’s powerhouse Springfield College and graduated with a degree in physical education in 2010. He later earned his Master of Science in sports performance and advanced level coaching from Springfield. That education has given him the opportunity to teach at all 4 instutitions he’s been at so far, including classes in sport psychology, motor learning, and athletic administration and sport marketing.

Penn finished 12-11 overall last season, Schumacher-Cawley’s only as head coach, which was their best record in 5 years. All 6 head coaches in Penn history have career winning records overall; Schumacher-Cawley, who had a .500 record in Ivy League play, is the only without a winning record against Ivies as well. The school has won 10 total Ivy League titles since their first in 1977.