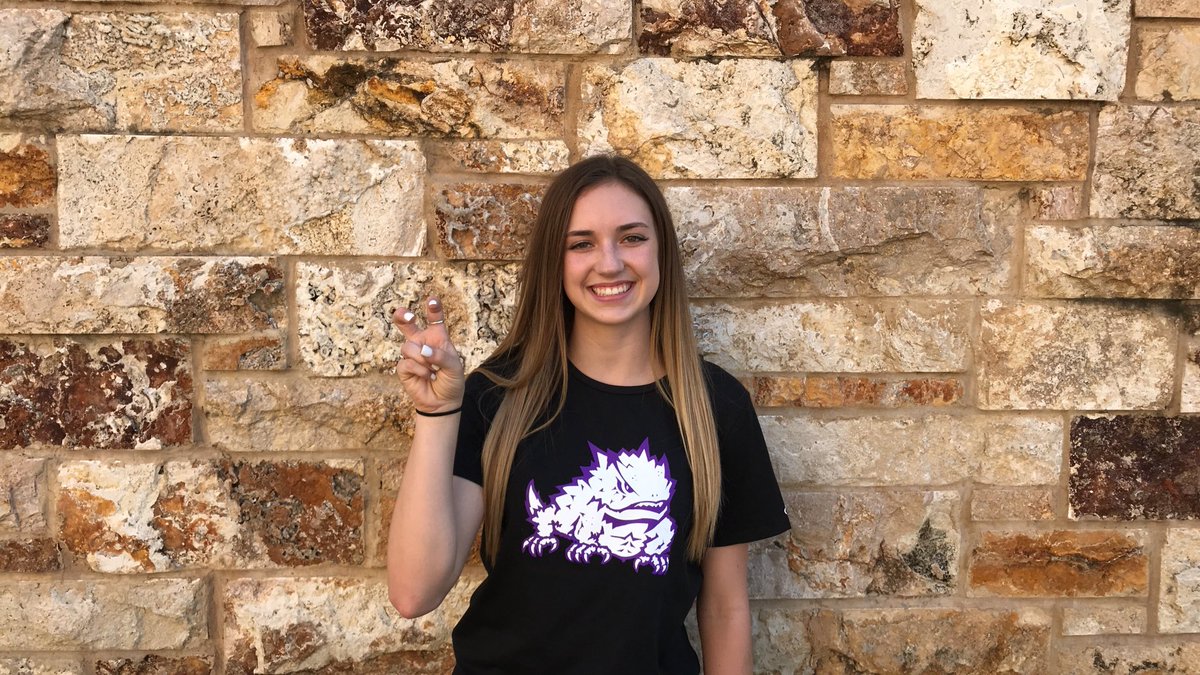 Logyn Hinds, a sophomore (class of 2020) at Lake Ridge High School in Mansfield, Texas, has verbally committed to play... Current

Hinds has been a starter on Lake Ridge’s varsity team in each of her two high school seasons. As a freshman, she averaged 3.5 assists/set and 1.4 kills/set with a more offensive focus. This year, as a sophomore, she’s been used more exclusively at setter, with that assist number jumping to 7.7/set. She has a total of 89 aces in 250 sets played in her high school career as well. The team is 35-9 this season and will play Waxahachie on Tuesday in the Texas 5A Regional quarterfinals.

On the beach, which is where Hinds is committing to play in college, she’s ranked 19th in North Texas for 16 & unders this year by USA Beach Ranking. That came after playing her first ranking-points tournament in February in Grand Prairie at the North Texas Beach Winter Qualifier. There, she and partner Paige Flickinger finished 3rd in the Girls’ Level 4A bracket.

Last year, TCU, in their 3rd season of varsity beach volleyball, finished 18-8 overall. The season included a big 33-2 win over Arizona State early in the year as well as 3-2 wins over Georgia State, Florida International, and Florida Atlantic, all teams that spent time in the national rankings, at the same tournament in early April. TCU is one of just 4 NCAA D1 beach volleyball programs in Texas, and the only one that traditionally plays in a “power 5” conference (though they’re independent in volleyball). They’ve begun to tap the state’s deep indoor volleyball tradition for some potential beach players – they have 6 local products on their 2018 roster.

They’ve supplemented that for 2018 with a significant addition from California of Hannah Rogers – a AAA rated player in the California Beach Volleyball Association, which is the top rating available. Hannah is the daughter of 2008 Olympic gold medalist in beach volleyball Todd Rogers.

Extremely blessed to announce my verbal commitment to play beach volleyball and further my education at TCU?? #gofrogs pic.twitter.com/AOIOGtg1gM