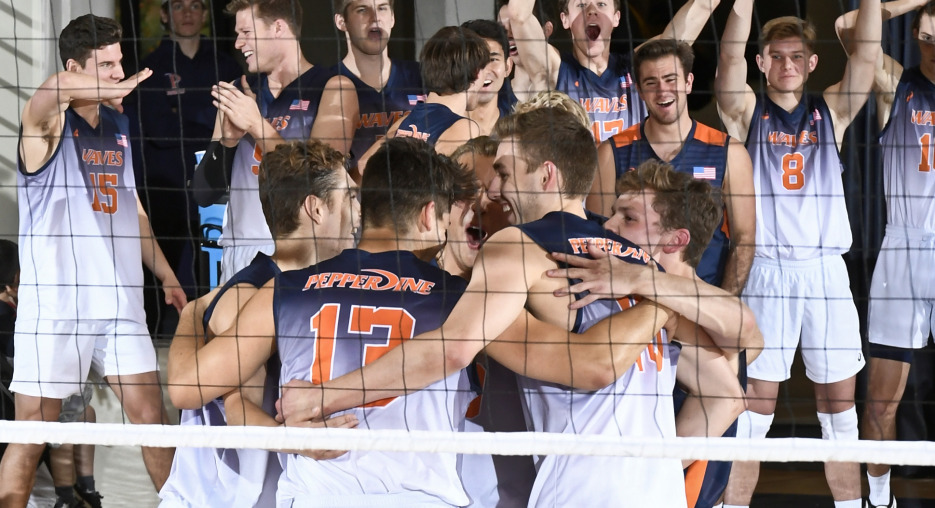 One of the top recruits in the class of 2020 is headed to Pepperdine, as outside hitter Joe DeLuzio is committed to the Waves men’s volleyball program. His freshman season is set for the winter of 2021.

Standing at 6’6″, DeLuzio plays for the U.S. Boys’ Youth National Team. In the team’s win over Nicaragua to clinch a spot in the 2019 FIVB World Championship he had 13 points on five kills, five aces and three blocks. His profile with the team can be seen here.

As part of the Boys’ Youth National Team, DeLuzio actually got to play with a future teammate in class of 2019 opposite Scott Solan. DeLuzio becomes the first class of 2020 commit for Pepperdine registered in the VolleyMob Recruiting Database though.

DeLuzio is currently a junior at The First Academy in Windermere, Florida. On the club circuit, DeLuzio plays with Top Select Volleyball Academy and the 17 Royal team. He was also listed on the 25 Underclassmen to Watch by Volleyball Magazine.

He’s got quite the bloodline too as the youngest of nine siblings with all who have played, are playing or committed to play college athletics. That includes his sisters Loren Thomas, who plays volleyball professionally, and Brynna DeLuzio, who was an AVCA All-America Honorable Mention pick as a freshman in 2017 at Colorado.

Pepperdine finished the 2018 season at 15-8 overall and ranked 9th in the final VolleyMob Top 25. In the Way-Too-Early edition for 2019, the Waves are slated 7th.