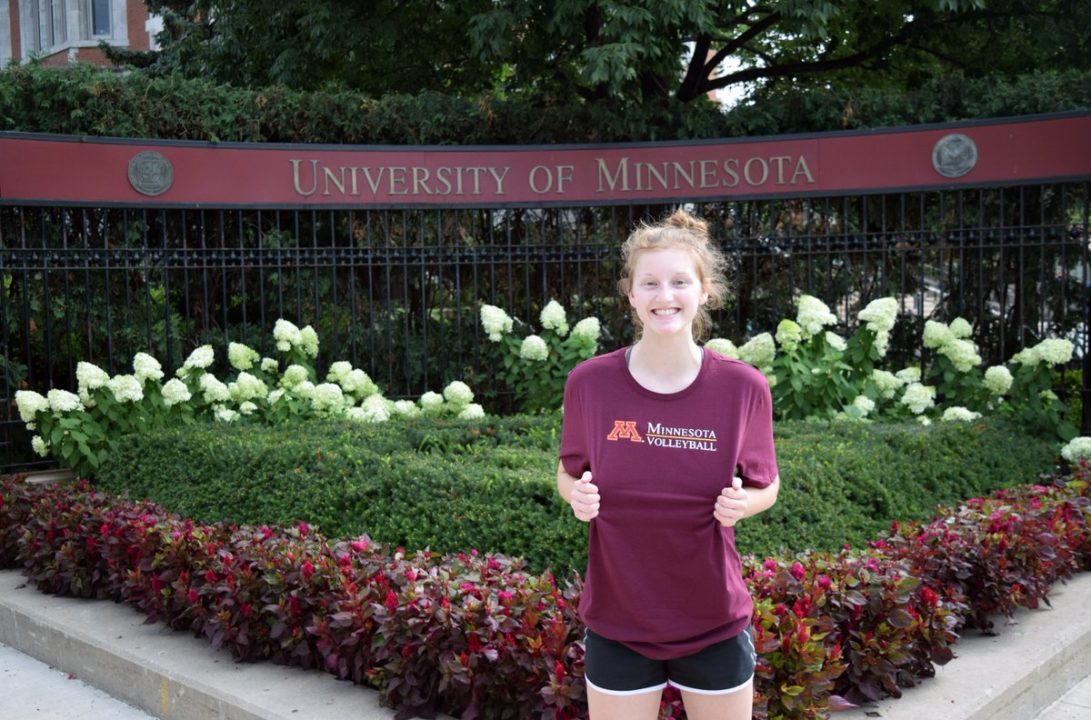 Class of 2021 outside hitter and defensive specialist Skylar Gray has verbally committed to the University of Minnesota women’s volleyball program.

Gray will be a sophomore for the 2018-2019 school year at Maple Grove High School in Minnesota. The team went 22-7 last season with Gray as a freshman en route to a 5AAA Semifinals appearance. It was actually her second season of varsity thanks to a Minnesota rule where middle schoolers can play up to the high school level, which she did in eighth grade.

Gray also plays with Minnesota Select Volleyball Club, most recently with the 15-1s squad. With the team, she rattled off 3.45 kills per set in 16 matches to go with 3.28 digs per set and a total of 4.05 points per set. Video of her play can be seen below via YouTube, while more highlights can be seen here via her Hudl page. Her self-made recruiting profile can also be seen here.

Minnesota is coming off of a Sweet 16 appearance in 2017 in which they went 28-6 overall and 15-5 as a member of the Big Ten. Their 2018 campaign begins on August 24 as they open the year with the Big Ten/ACC Challenge against Florida State prior to meeting North Carolina the next day.

I am so excited to announce my verbal commitment to continue my education and play volleyball at the University of Minnesota! I want to thank all my coaches, family, friends, & teammates who have supported and helped me make my dream become a reality! Can’t wait to be a Gopher! pic.twitter.com/dcWGflp2cv