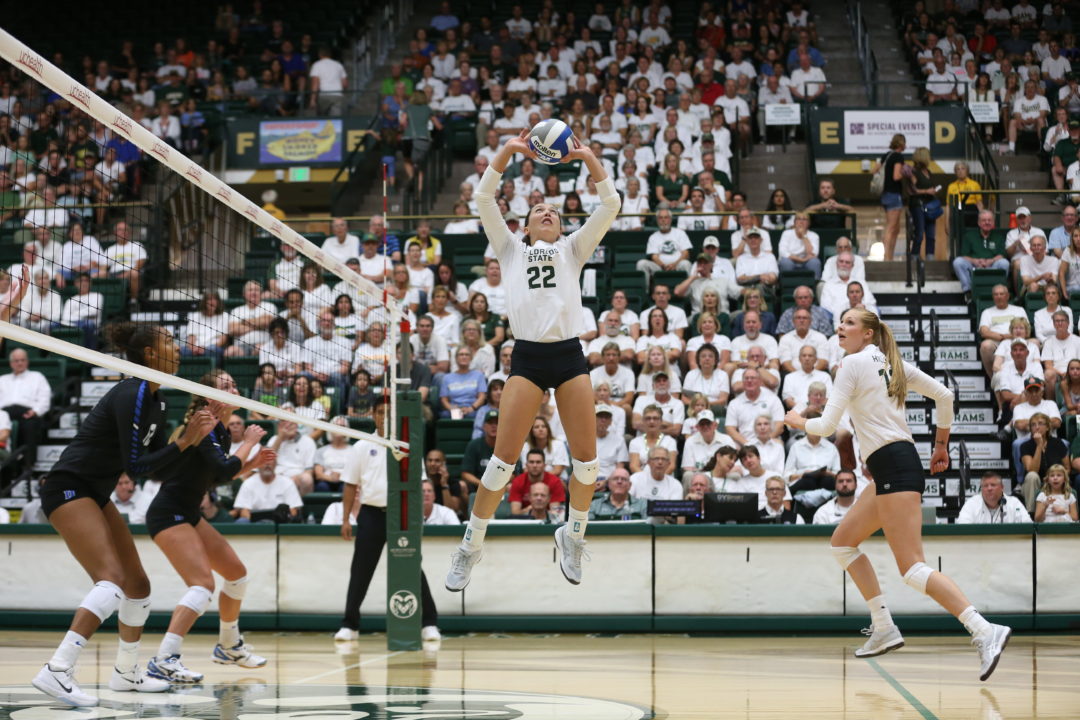 Colorado State is the preseason favorite for the fifth consecutive season to claim the Mountain West title. Archive Photo via Colorado State Athletics/Volleyball

For the fifth consecutive time, the Colorado State Rams are the preseason favorite to win the Mountain West Conference, as voted on by the coaches.

In total, CSU received 10 of the 11 first-place votes, with the lone pick going astray because coaches cannot vote for their own team. The Rams, who went 29-4 and won the league last season at 17-1 en route to an NCAA Tournament second round appearance, are also ranked 25th in the preseason AVCA Coaches Poll. They have four of the seven players on the Mountain West Preseason Team, led by Preseason Player of the Year Katie Oleksak (the 2017 Mountain West Player/Setter of the Year).

“Colorado State should continue to be at the top of the pack, as they return many outstanding players from last year,” Fresno State head coach Jonathan Winder said to VolleyMob. “They have proven to be the top team for many years now.”

That other first-place vote was awarded to Wyoming, who finished second last year at 12-6 in MWC play and 17-14 overall.

“Wyoming has been young but really good in the elate two years,” Colorado State head coach Tom Hilbert told VolleyMob. “This season those players will be coming of age and they should be very competitive in the conference championship race.”

“Boise State will have many new players, yet they still have multiple talented and experienced players in our conference to compete at the top,” Winder added.

New Mexico edged out San Jose State – who had the final player on the preseason team – for the final spot in the top five before reaching the bottom half of the conference projections.

The full list of team predictions and individual awards can be seen below via the Mountain West: