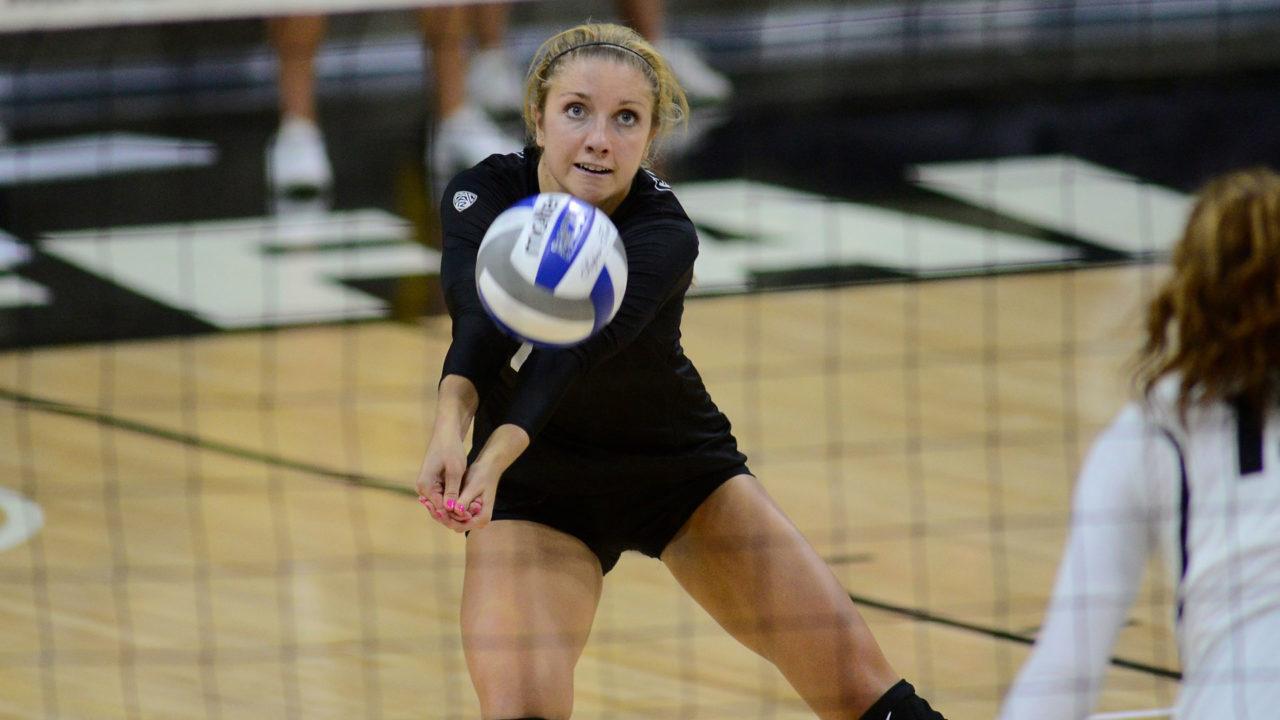 After starting the 2017 season on the road, the Colorado Buffaloes will return to Boulder to host the Omni Invitational, Sept.... Current Photo via Colorado Athletics

After starting the 2017 season on the road, the Colorado Buffaloes will return to Boulder to host the Omni Invitational, Sept. 1-3, at Coors Events Center.

While CU will not play on Friday, Sept. 1, there will be a pair of matches contested. Rice and Wake Forest will start things off at 10 a.m. and at 5 p.m., WFU will be back in action against Abilene Christian. The invitational will continue on Saturday, Sept. 2, at 10 a.m. with a tilt between Rice and Abilene Christian. At 1 p.m., the Buffs will take the court at Coors for the first time this year against Wake Forest. CU will play again at 7 p.m. against Rice. The final match of the invitational will be played Sunday, Sept. 3. The Buffs will host Abilene Christian at 11 a.m.

Links to the live stats, as well as a live stream for all three CU matches, are available at CUBuffs.com.

Our hearts go out to the hundreds of thousands of people affected by what is being called the worst flooding disaster in U.S. history. We at CU would like to encourage our fans to donate to the Red Cross to help during the time of need.

The Red Cross has launched a massive response to this devastating storm and needs financial donations to be able to provide immediate disaster relief. Help people affected by Hurricane Harvey by visiting redcross.org, calling 1- 800-RED CROSS or texting the word HARVEY to 90999 to make a $10 donation.

ABOUT THE BUFFS: CU has a 3-0 record to start the campaign after winning the NIKE Invitational last weekend in Norman, Okla. The Buffs topped Northwestern State, 3-1, to open the season and followed that up with wins against Seton Hall (3-0) and Oklahoma (3-1).

Junior Alexa Smith led the Buffs with 50 kills, averaging 4.55 per set. Frankie Shebby, another junior, was second on the team, averaging 3.27 kills per set. Freshman Brynna DeLuzio led CU to a .330 attack percentage, averaging 11.73 assists per set. Senior Anna Pfefferle led the Buffs with an impressive .630 hitting efficiency with 17 kills and no errors on 27 attacks. Defensively the Buffs were led by junior Naghede Abu, who posted 2.09 blocks per set.

SCOUTING THE OWLS: Rice enters the weekend with a 2-2 record after playing four matches in Dallas to start the season. The Owls lost their first match of the season, 3-1, against Texas A&M-Corpus Christi, before earning a pair of wins over SMU (3-1) and Mississippi State (3-1). The final contest of the season was a 3-0 loss to TCU. Nicole Lennon is the team’s leading attacker, averaging 4.07 kills per set and Le-ann Cunningham is the top passer with 5.33 digs per set.

WHAT’S NEXT: Colorado heads to the Pac-12/Big Ten Challenge in Champaign, Ill. The Buffs will face fifth-ranked Penn State on Sept. 8 at 3:30 p.m. MT, and onSept. 9, CU will take on Illinois at 1:30 p.m. MT. This is the third straight year CU will compete in the challenge.