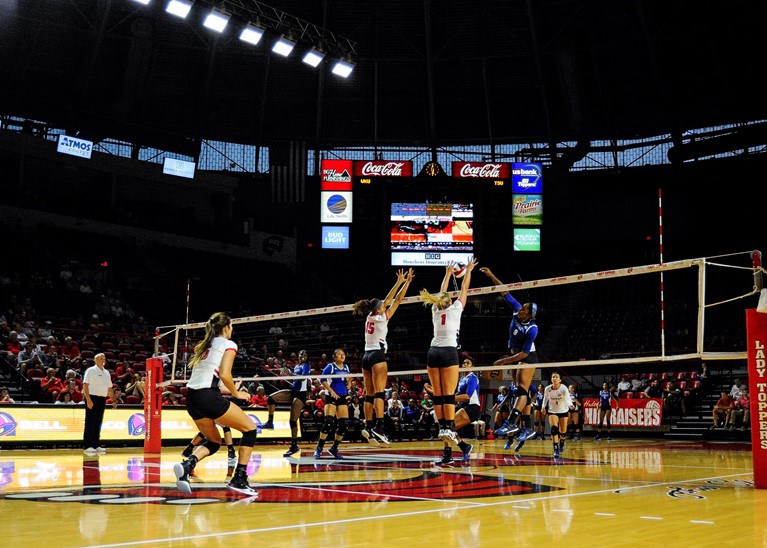 For the first time in league history, the Conference USA Volleyball Tournament will be hosted by the WKU Lady Toppers in Bowling Green with action opening on Friday, Nov. 17 and lasting through Sunday, Nov. 19, from E.A. Diddle Arena. Current Photo via Steve Roberts, WKU Athletics

For the first time in league history, the Conference USA Volleyball Tournament will be hosted by the WKU Lady Toppers in Bowling Green with action opening on Friday, Nov. 17 and lasting through Sunday, Nov. 19, from E.A. Diddle Arena. The WKU Ticket Office in combination with Conference USA have announced that tickets are now on sale.

Numerous ticket options are available to best suit all event attendees. The all-inclusive all-session pass gives adults access to all seven tournament matches for $20 and while kids’ (ages 3-12) passes will cost $10. Single-day admission for adults is slated for a $10 charge while youth day passes are $5. All Conference USA students will receive free admission with a college ID.

With WKU Football taking on the Middle Tennessee Blue Raiders on The Hill on Friday, Nov. 17, as well, fans that purchase any of the Conference USA Volleyball Tournament ticket options will receive $10 off the price of a football game ticket for the evening.

On Friday, tournament action will kick off at noon CT with the first of four quarterfinal matches. The following three matches for the day are slated for 2 p.m., 5 p.m. and 7 p.m. Saturday’s schedule features a pair of semifinal contests taking place at 1:30 p.m. and 4 p.m. The Conference USA Tournament Championship tilt will take place on Sunday with the first serve going up at noon. Tournament seeding for the eight postseason berths will be determined by regular-season head-to-head play between the 13 league teams.

The last time that WKU Volleyball hosted a postseason league tournament was the 2012 campaign while still in the Sun Belt. The Lady Toppers swept their way to the league’s NCAA automatic bid. The 2017 C-USA Tournament marks the sixth time in program history that the Red and White have hosted a postseason event.