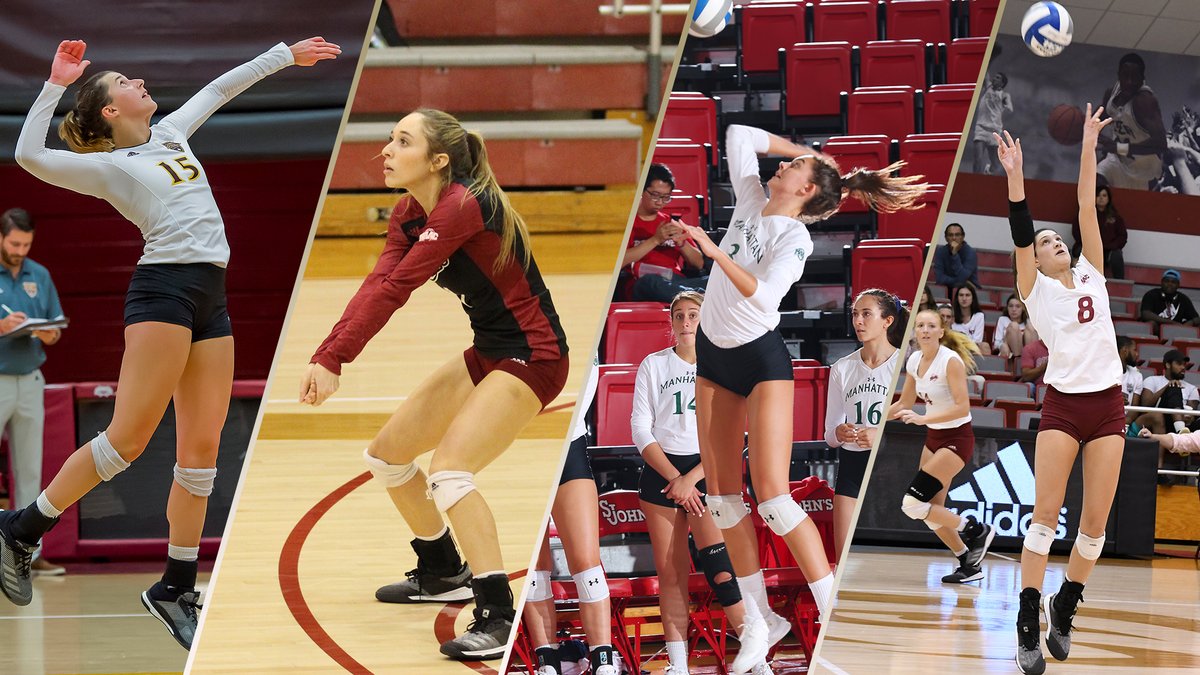 Junior Tess Connolly was Iona’s most efficient attacker over the course of a 2-0 week in Western NY. She recorded 27 kills, 18 digs, 28 points and two blocks. Connolly averaged 4.50 kills, 3.0 digs and 4.67 points per set. The Ohio native had a double-double against Niagara. Most impressively she had a .556 hitting percentage.

Rachelle Runyon, Rider
Jr., Aliso Viejo, CA/ Aliso Niguel
Junior libero Rachelle Runyon continued her stellar season on the back line for the Broncs in a trio of Rider wins last week. In victories over Marist, Siena and Fairleigh Dickinson, The California native averaged 5.36 digs per set and had a serve receive percentage of .930. In a four-set win over FDU, she tallied 24 digs. Runyon followed that up with 23 digs in four-game win at Marist. She capped her week with 12 digs at Siena.

Vivian Donovan, Manhattan
Fr., Newport Beach, CA/Newport Harbor
Donovan earned a career-high 19 kills against Niagara, a match-high. The first-year Jasper added 11 digs in the match for a double-double performance, in addition to two aces. She also committed no reception errors. Donovan averaged 3.12 kills per set over two matches to lead the Jaspers, as well as 2.12 digs per set for the week.

Anilee Sher, Rider
Fr., Poughkeepsie, NY/ Spackenkill
Freshman Setter Anilee Sher was steady all week in the middle for the Broncs in three Rider wins. Sher averaged 9.36 assists per set, 2.27 digs per set, 0.73 service aces per set and 0.73 blocks per set as Rider defeated Marist, Siena and Fairleigh Dickinson. The New York native recorded a pair of double-doubles on the week and now has 14 this fall. Versus FDU, she had 40 assists, five aces and 10 digs in a four-game win. She followed that up with 40 assists, five block assists and 10 digs in a 3-1 win at Marist. She closed the week with 23 assists and three digs in a sweep of Siena.