Creighton Brings In A Pair Of Big Recruits 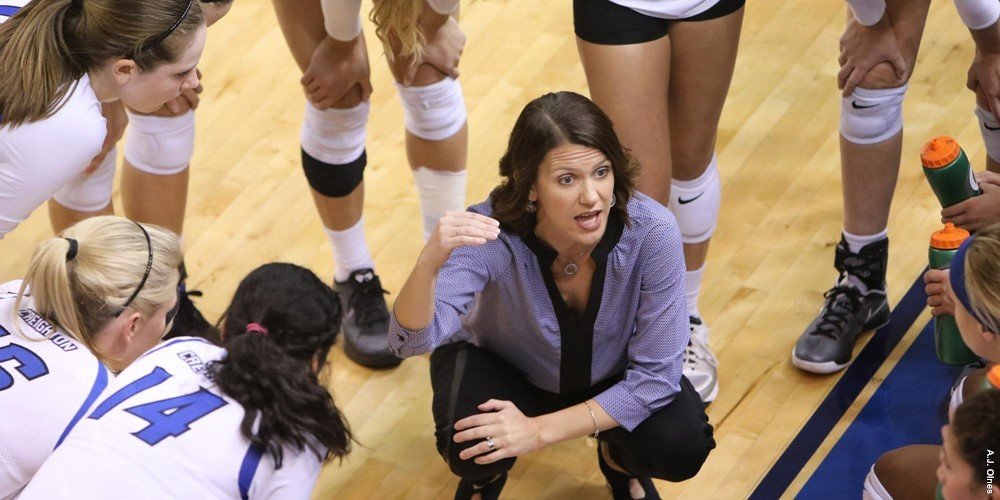 OMAHA, Neb. — The Creighton University Volleyball team continued to build towards the future with the signing of Steph Gaston... Current Photo via Creighton Athletics

OMAHA, Neb. — The Creighton University Volleyball team continued to build towards the future with the signing of Steph Gaston and Naomi Hickman on Wednesday.

Both women are ranked in the top-100 of PrepVolleyball’s Senior Ace rankings.

“The game of volleyball has gotten bigger, and one of the nice things about Naomi and Steph is that they’re tall, physical players,” noted Creighton head coach Kirsten Bernthal Booth. “Both of them are going to help the physicality of our team.”

Gaston is a 6-foot-5 left-handed player from Papillion, Neb., who projects as a right-side hitter. The niece of former Creighton basketball center Jim Honz, Gaston is a two-time team captain at Papillion-La Vista and also plays for the Primer club organization. She committed following her sophomore season and also received recruiting interest from Iowa State and Missouri.

“Steph will be the first lefty hitter that we’ve had in the program since I took over, so that’ll be fun from a training aspect and thinking creatively in how we use that,” said Booth. “She hits at a high trajectory because of her height. She’s a really dedicated athlete who wants to get better and I think she’s got a really big upside.”

Hickman is a 6-foot-4 middle blocker from Lawrence, Kan., who plays at Free State High School. Hickman helped Free State to its first state tournament in 12 years, where her club went 2-1 and handed the nation’s No. 5 team, Blue Valley West, its first loss of the season. Hickman hit .378 with 36 aces and 124 blocks as a senior. She produced a school record with 730 career kills, including 284 as a senior and 232 as a junior. She was coached by Amy Hoffsommer in high school, as her team went 35-7 this fall.

“Naomi is an incredible blocker already,” said Booth. “She’s just a strong, physical presence with a big, fast arm. We see her likely in the middle.”

Gaston and Hickman will help replace the current senior trio of Jess Bird, Amanda Foje and Lauren Smith, who will be honored prior to Creighton’s Nov. 20 home match vs. Villanova.