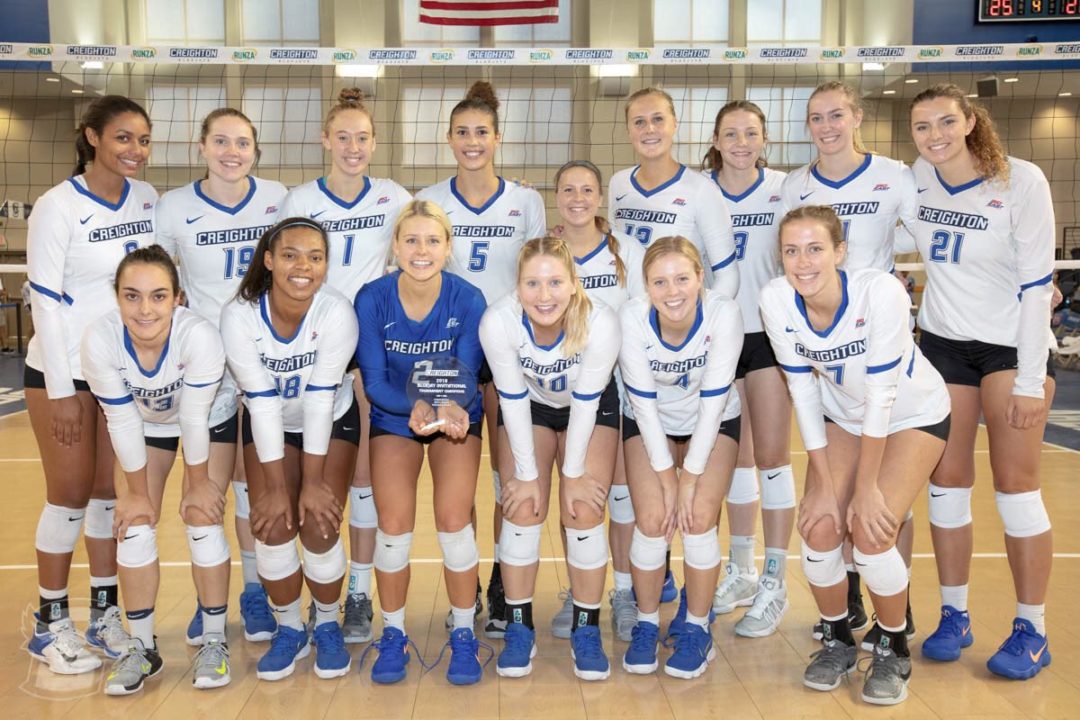 Creighton wrapped up its home Bluejay Invitational title with a four-set win over Wichita State on Sunday, ending the weekend with a 2-0 record, including a Friday victory over Iowa State.

Creighton came out in the first set on the attack, jumping out to a 14-8 lead halfway through the set. But the Shockers, chipped away and took their first lead at 20-19 and held off the Bluejays to capture the first set.

In the second, it was all Bluejays. After it fell behind 2-0 early, Creighton scored five straight and never looked back en route to taking the set 25-17. The third set followed a similar script as the Bluejays led for all but one point of the set as they captured a two set to one lead.

Wichita State and Creighton went back and forth in the fourth. With the scored tied at 16, Creighton seized control with a 3-0 mini spurt and kept the lead the rest of the match. The Shockers were able to save two match points, but an error secured the win for Creighton.

Creighton Wins! The two freshmen, Kari and Annika, seal the victory for the Bluejays!#GoJays pic.twitter.com/3j3cIsxPnw