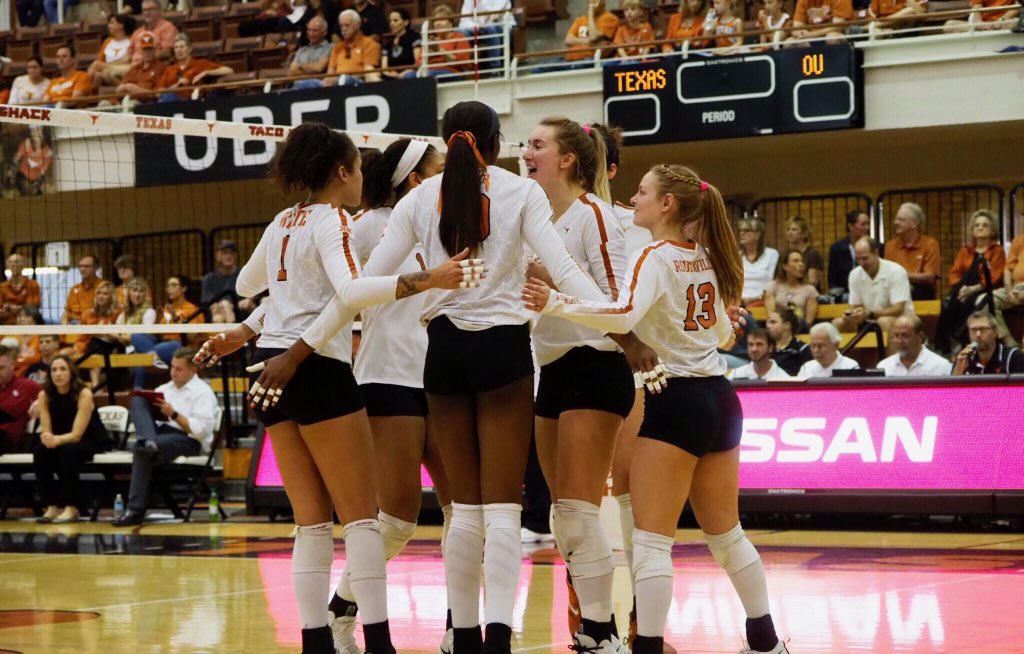 #9 Texas outlasted a tough Oklahoma team to remain atop the Big 12 standings. (RV) Baylor was impressive in a home sweep of (RV) Kansas and Texas Tech swept TCU to round out Big 12 play.  Current Photo via Texas Athletics

In Big 12 action, Saturday was all about the home teams. In Austin, #9 Texas swept Oklahoma while Baylor was impressive in a sweep of Kansas. In Lubbock, Texas Tech also collected a sweep of visiting TCU.

The first set went back and forth, but it was Baylor who seized control midway through the set. With an 11-10 lead, the Bears reeled off six straight to take a 17-10 lead. Kansas battled back and used a pair of 4-0 runs to cut the deficit to 24-21, but Baylor got a kill from outside hitter Yossiana Pressley to take the opener, 25-21.

The Bears trailed 3-2 early in the third set, but a 7-2 run gave Baylor a 9-5 lead and put them in control for the remainder of the match. Baylor would extend its lead and complete the sweep of the Jayhawks with a 25-17 victory.