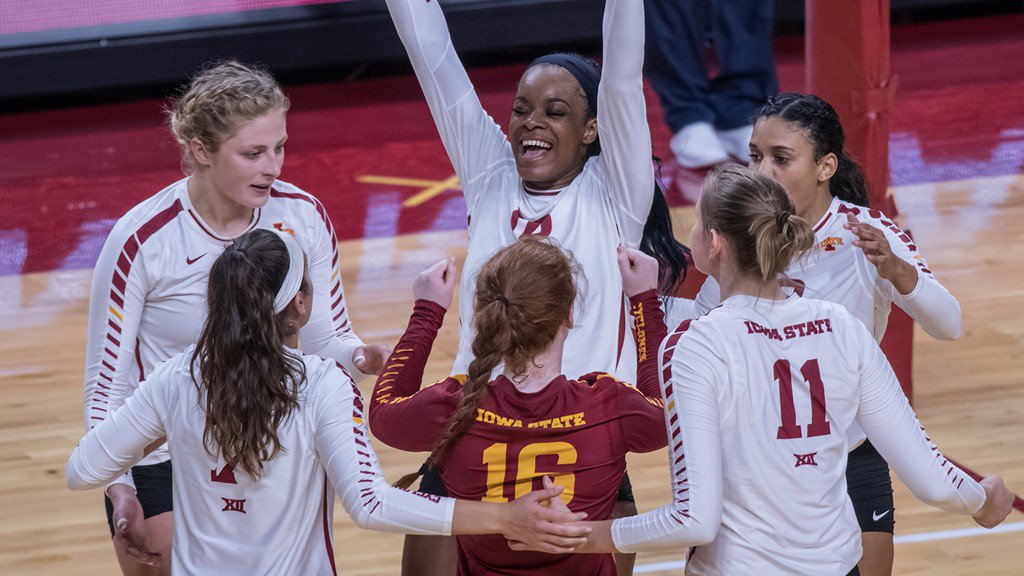 Iowa State came out firing in the first as it jumped to an early 10-3 lead. The Cyclones never let up and cruised to a 25-15  first set win.

The second set went and back and forth, but it was Kansas State that held an 11-8 lead nearing the midway point of the set. The Cyclones then used a 4-0 spurt to go in front 12-11.

The third set was highly contested throughout. Trailing 22-19, Kansas State reeled off five straight to take a 24-22 lead and earn a set point. But the Cyclones rallied to take four straight points, including a kill by outside hitter Jess Schaben to capture the set, 26-24.