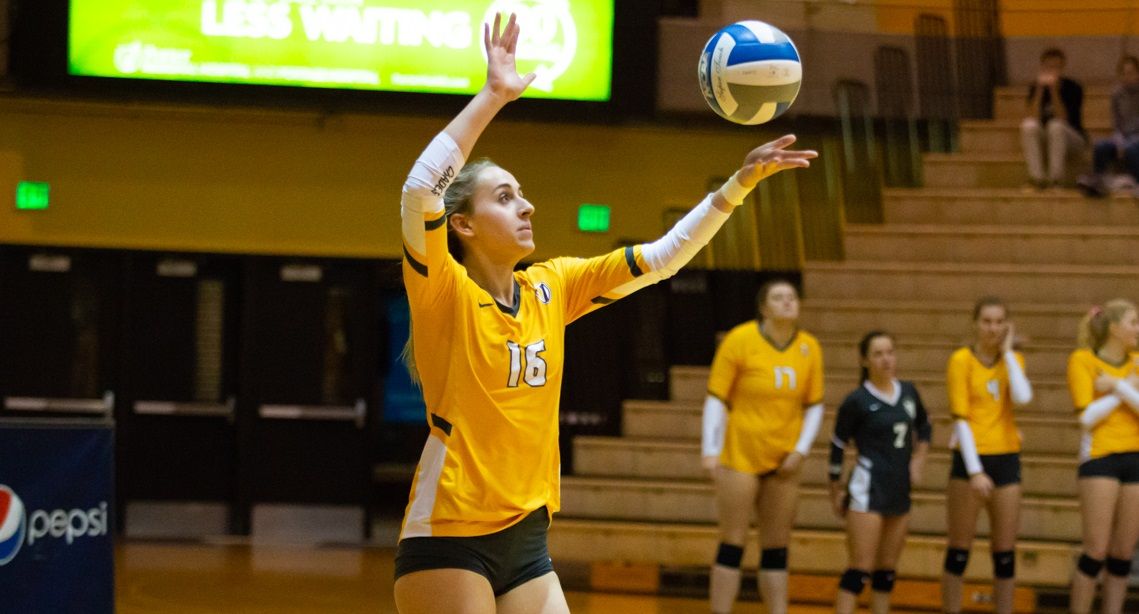 Ally Cummings, So., RS, Valparaiso
Valpo’s Ally Cummings hit over .500 in both of Valpo’s wins and averaged a team-best 4.29 kills/set on .520 hitting as Valpo improved to 20-5 on the season. She kicked off the weekend with a career-best 17 kills on .517 hitting in Valpo’s four-set win over Evansville, while also tying her career high with five blocks. Then, against Indiana State, Cummings led all players with 13 kills on .524 hitting in the sweep. Cummings became the first Valpo player to hit .500 (minimum 12 kills) in consecutive matches since October of 2008.

Courtney Pence, Sr., L, Illinois State
Pence and the Redbird defense continued to shine in Illinois State’s trio of wins last week. The senior collected 81 total digs for a week-high 8.10 digs per set average. She dug a match-high 31 digs against Bradley to open the week, as she was a key component in Illinois State’s efforts to hold the Braves to a .122 hitting percentage. In the Redbirds’ pair of sweeps against Southern Illinois and Missouri State, the libero collected 23 and 27 digs, respectively, while aiding in a team defense that held the Salukis to just .009 hitting on Friday. For the week, Illinois State’s opponents hit just .108, while Pence was responsible for 36 percent of the team’s total digging on the defensive side.

Hannah Thompson, Fr., OH, Bradley
Thompson turned in three double-doubles in three outings last week, averaging 3.00 kills and 4.09 digs per set as she became the first freshman in school history to collect 265 kills and at least 340 digs.  She opened the week with 13 kills and 14 digs in a four-set contest at Illinois State.  She followed it up with 10 kills, 17 digs and two blocks in a four-set victory over Missouri State as the Braves completed the first sweep of the regular-season series with the Bears since 1999.  Thompson capped the week with 10 kills and 14 digs in addition to matching a season-high with three aces in a sweep of Southern Illinois as Bradley earned its 12th consecutive home victory to surpass the longest home win streak in school history (11) set during the 1985 season.  She now has a team-high 13 double-doubles on the season, one short of matching the most by a Bradley freshman.

For the 2nd straight week & 4th time in 2018, @BRADLEYvolley outside hitter Hannah Thompson has been named @MVCsports Freshman of the Week. She has a team-best 13 double-doubles & is first freshman in school history with 260 kills & 340 digs.