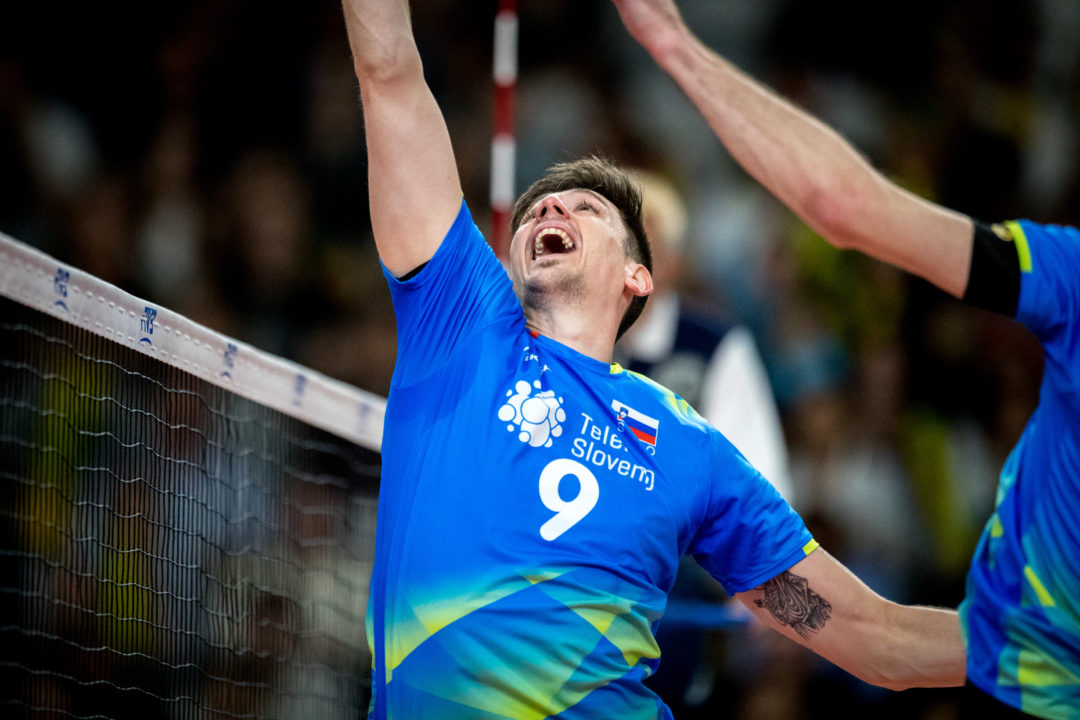 Vincic will get a late start to his career with Radom after suffering a "serious injury". Archive Photo via FIVB

He left the team on Friday to seek treatment from national team doctors in his home country, and the club says they’re hoping he’ll be back in no more than 4 weeks, but that it could be sooner.

The team says that it is looking at options for a replacement setter to start the season until Vincic returns and will announce a move soon.

Vincic came to the club last season after splitting his time between Russia and Turkey. The 31-year old is a tall setter at 6’7″, which gives him huge supplemental value in the hit (139 inches/354cm) and block (133 inches/338cm)

Vincic was part of the Slovenian team that won gold at the 2015 European League as well as the team that won their Group at each of the last two World Leagues (Group 3 in 2016, Group 2 in 2017). In 2017, he ranked 2nd in the World League among setters with 12 blocks.

Radom finished 7th last year in the Polish top-flight PlusLiga out of 16 teams with a 14-16 record overall. They open their season on Saturday against defending league champions Zaska, against whom they are currently losing 2-0 as of posting. Kamil Drozynsiski is taking setting duties for the team so far.

The full statement from the club is below:

We regret to inform that the injury of our player Dejan Vincic has become more serious and unfortunately Dejan on 20 October 2017 is going to his native country, where he will be treated by specialists from the national team of Slovenia. His absence from games may take about four weeks, but it is possible that Dejan will come back to us sooner when his health improves.

“We keep our fingers crossed for Dejan to return to full fitness as soon as possible, because his experience can certainly further strengthen my team. Unfortunately, there have always been injuries, and will be, in professional sports, and that’s something we cannot control. Therefore, we wait patiently for Dejan’s return to Radom. The whole team is giving Dejan the support and we hope we can enjoy his game for the joy of all the fans this season, “said coach Robert Prygiel.

– I am very sorry that I am not able to start this season in Radom because of my injury. I will do everything in my power to return as soon as possible to full health, because I definitely prefer to fight under the net with the whole team than watch my club colleagues from the stands. – emphasizes Dejan Vincić

Soon the club WKS Czarni Radom SA will announce what actions will be taken by the training staff of the team Cerradu Czarne Radom, to complement the team with a second setter.