Daniel Ford Will Play With Düren in Germany 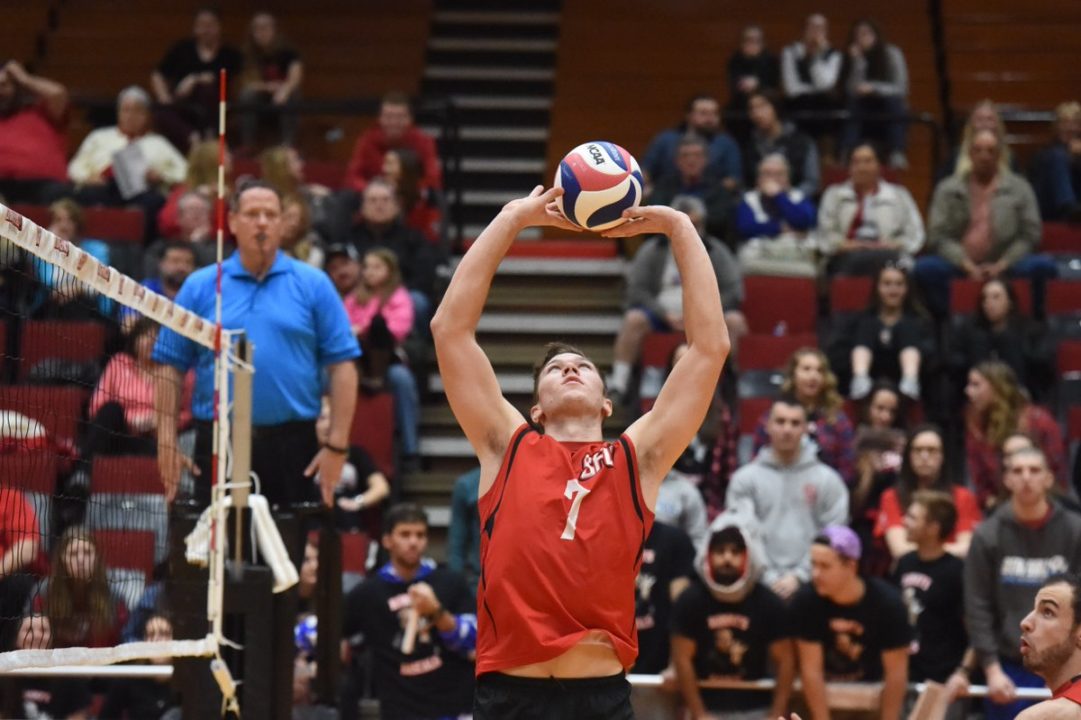 Daniel Ford will be moving to Germany after a successful rookie season in Finland. The setter from St. Francis will play for SWD powervolleys Düren next year. Archive Photo via St. Francis University

Daniel Ford, a 23 year-old setter from Newtown, Pennsylvania, will be making the move to the German Bundesliga for the 2018-2019 season. Ford will be handling the setting duties for SWD powervolleys Düren. He signed to play his rookie season as a professional in Finland with Hurrikaani Loimaa, but before the season started, his deal was terminated and he left the team.

Prior to starting his professional career, Ford played at St. Francis University, where he orchestrated an upset over Penn State in the semifinals of the 2016 EIVA Tournament. They were the first team to eliminate Penn State from the EIVA Tournament since Princeton achieved that task in 1998. Ford achieved the following while in college:

Ford will be the first American setter to suit up for Düren since Matt West played there during the 2015-2016 season. They finished 4th in the regular season of the German Bundesliga in 2018 but were upset by Hypo Tirol Unterhaching in the quarterfinals of the playoffs. They were knocked out of the German Cup by the Berlin Recycling Volleys in the Round of 16.