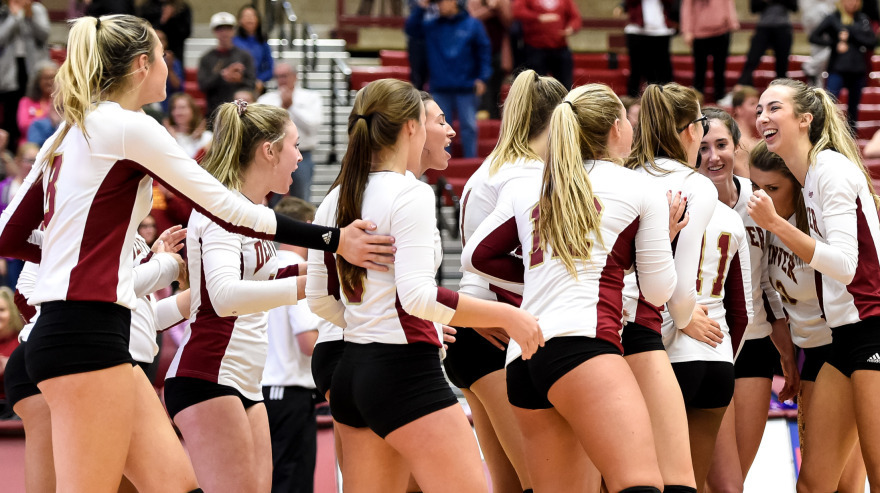 Denver is the preseason favorite to win the Summit League. Archive Photo via Denver Athletics

For the fifth straight time, the Denver University Pioneers are the preseason favorite to claim the Summit League Championship.

In total, the Pioneers received seven of the nine first-place votes and 63 points in total. To go with their five-straight preseason picks, they’ve won the league four consecutive times in the regular and postseason. They also placed a trio on the ‘Players to Watch’ list, including last year’s league-leader in blocks (Emma Willis) and hitting percentage (Becca Latham).

Coming in as the runner-up is North Dakota, who nabbed a pair of first-place picks and 55 points in total. This will be their inaugural season in the conference after they won the Big Sky Conference in 2017. They were the lone other school to put three on the ‘players to watch list’ besides Denver.

Omaha and South Dakota were bunched right together in third and fourth at 44 and 43 points respectively. The former brings back 2017 Freshman of the Year Bella Sade while the latter had Anne Rasmussen notch over five digs per set.

Oral Roberts rounds out the top five as the runner-up from last season, but lose the conference’s 2017 player of the year in Laura Milos.

The full list of team projections and individual honors can be seen below via the Summit League: