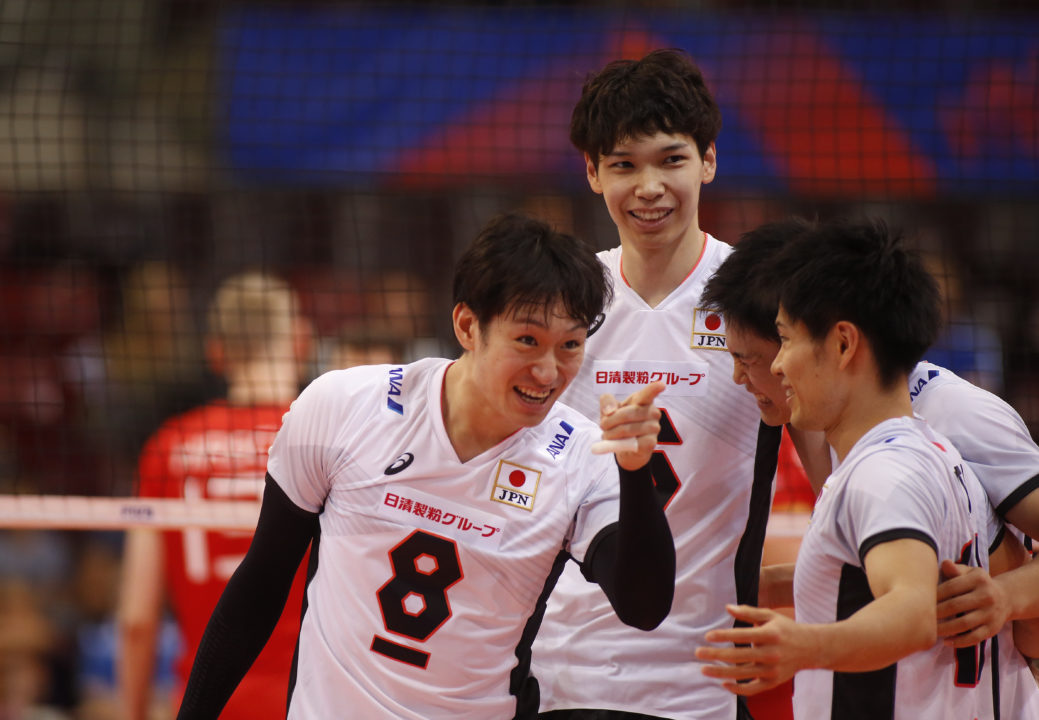 Japanese captain Masahiro Yanagida (above) will lead his team into the 2018 Asian Games as favorites. Archive Photo via FIVB

Beginning on Monday, 20 Asian men’s volleyball teams will vie for the status of best on the continent at the 2018 Asian Games. Unlike the AVC-run Asian Championships, the multi-sport Asian Games are designated only for countries formally on the Asian continent. That means that Oceanic teams like Australia and New Zealand, who are under the same administrative boundary as more traditional Asian countries for FIVB competition, are excluded.

There is a well-defined pecking order in Asian men’s volleyball. Iran and Japan are the top two teams, with South Korea and China the probable contenders for bronze.

But with the largest field in tournament history (there were 16 teams in 2014, 18 in 2010), there is room for a little chaos. Chaos is what happened at the 2017 Asian Volleyball Championships Iran, who had been in the top 2 of the four prior editions, was upset by Indonesia in the quarterfinals of the knockout stage. Indonesia is ranked just 41st in the world, while Iran is ranked 8th.

Then Kazakhstan, in spite of going just 1-2 in the 2nd round of qualification play, got hot at the right time and knocked off Chinese Taipei and South Korea to advance to the final.

This year, Indonesia are the hosts and therefore the automatic top seed in the tournament. They’re followed by Iran, Japan, South Korea and China, in that order, while Kazakhstan is seeded just 10th – and in Pool C with China, the team they faced in last year’s Asian final.

The top 12 teams are all seeded based on their finish at the 2014 tournament (though Kuwait, who was 8th in 2014, isn’t playing this year), and this year’s tournament is ripe for chaos again. Iranian captain and setter Saeid Marouf will miss the tournament after suffering a knee injury in training. That propels Japan into favorite status.

The 5th seed in the tournament is India, who are returning to international competition after a suspension that resulted from intra-federation fighting. Qatar, who beat Iran to win the Asian Volleyball Cup on Wednesday, is the 6th seed. Those two teams will play each other in preliminary play, which should provide excellent matchups as India has been making its final preparations for the tournament in Doha, playing exhibition matches against Qatar.

South Korea, meanwhile, is coming off a Nations League tournament where their only win was a 3-0 sweep of China, and they were otherwise man-handled by the field, winning just 8 sets in their other 14 matches combined. That relegated them out of next year’s Nations League tournament. With Park Joo-Hyeong still absent from the team’s side for the tournament, their fortunes for the future don’t look much brighter.

So, in short, aside from a strong Japanese side, expect a wide-open tournament that could field some surprise finishes, with plenty of opportunities for hungry teams to pull upsets, as Indonesia showed last year.

After the 6 preliminary pools, nobody seems to know how this tournament will progress. The schedule holds 6 matches labeled as “1-12 qualification,” and then 2 labeled as “1-6 qualification” before a standard semifinal and final round. The official tournament handbook still, bizarrely, lists the tournament as a 16-team field split into 4 pools, rather than the 20-team field split into 6 pools as is the reality. We have reached out to tournament organizers to clarify, but have not yet heard a response. We will update this section if we receive one.