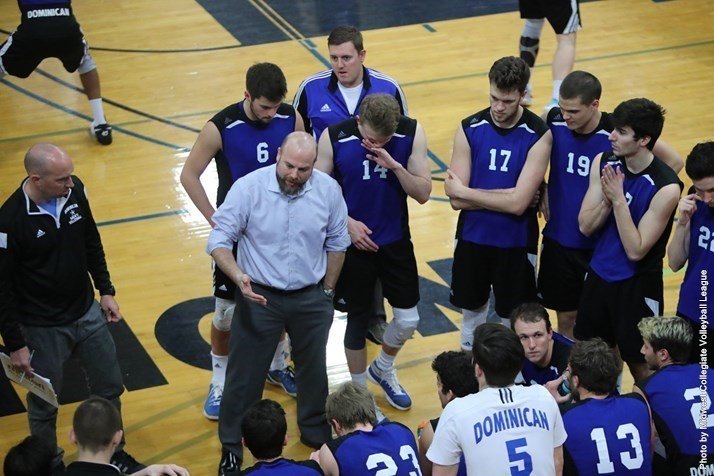 Ames is in his 4th season as the head coach at Dominican, having been named the first coach in program history in 2014. In spite of having a team that has just this season had a full four-year recruiting cycle to fill out their roster, the Stars are already a national power. Their 26-2 overall record (18-1 in the MCVL) ties them with Springfield College as the best winning percentage in the country. The team won the MCVL Tournament title, and currently rank 6th in the AVCA coaches’ poll – their highest spot in program history.

Dominican had two players named as AVCA First-Team All-Americans, Alex Coyne and Luke Spicer, earlier this week. They rank 2nd in Division III in kills per set (13.22), hitting percentage (.312), and blocks per set (2.59). Ames adds this national honor to a MCVL Conference Coach of the Year award he already won earlier this season.

France is on his second rotation with NYU, having been an assistant there for 5 seasons from 2003-2007, and now 6 more from 2012-present. This year, the Violets finished 18-10 and won their first-ever UVC championship. Among the highlights of NYU’s season is freshman outside hitter Alex Li being named the AVCA National Newcomer of the Year.