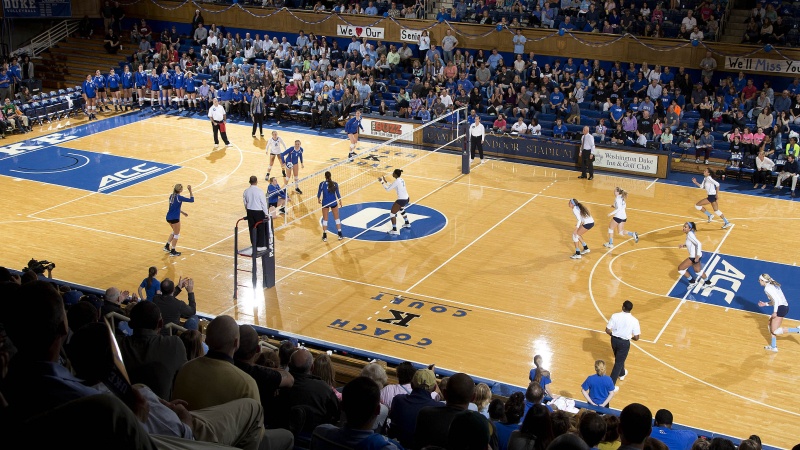 The Duke Blue Devils are adding a 2016 Junior College All-American to its 2017 roster in Haley Seyfarth. Archive Photo via Duke Photography

The Duke Women’s Volleyball team tacked on a former junior college All-American to its 2017 roster in the form of Haley Seyfarth, a transfer who comes by way of Palm Beach State College. The 6’1″ setter will be a junior in the fall and have two years left of eligibility.

Originally from Arkansas, Seyfarth attended Bentonville High School where she led her team to the state championship as a senior and earned recognition from Palm Beach State, a junior college in the NJCAA. As a freshman in 2015, she was named first-team all-conference. Then, as a sophomore she became the first player in program history to earn NJCAA First-Team All-America honors.

“We’re really thrilled to know we have a rising junior to help in our setting duties,” Duke head coach Jolene Nagel said in the team’s release of the signing. “Haley brings experience, size, leadership and an unflappable demeanor to our team. Her genuine nature is a welcome addition and we look forward to working hard together on the court.”

Seyfarth joins one other true setter on the roster – Emma Paradiso. Two others are listed as defensive specialists/setters for the team though. Last year’s starter, Cindy Marina, transferred to USC after she was named to the All-ACC Freshman Team in 2016, meaning that Seyfarth will have the opportunity to push for playing time right out of the gate.

Duke had a 21-9 season in 2016 that included a 15-5 mark in ACC play. However, the Blue Devils just missed out on the NCAA Tournament, which they last appeared in during the 2014 season when they had a 22-win season.