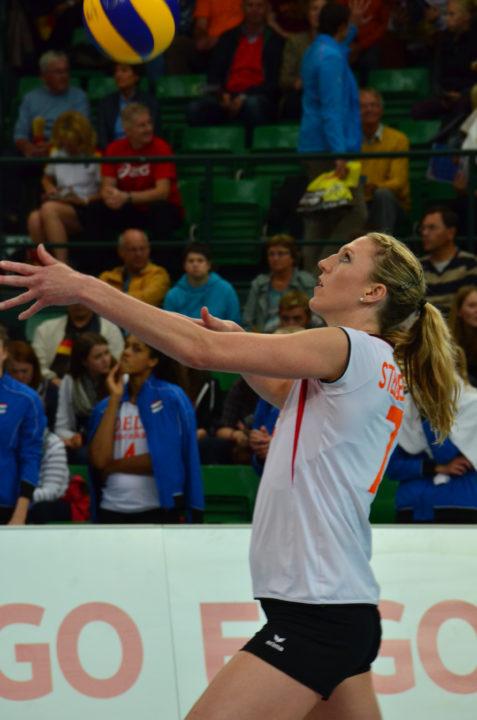 Quinta Steenbergen will part ways with volleyball to focus on her family and a new career, as she is pregnant... Current Photo via Olaf Kosinsky/Wikipedia Commons

Quinta Steenbergen will part ways with volleyball to focus on her family and a new career, as she is pregnant with her first child.

Steenbergen began her career for Holland in 2004 in a match against Turkey. Between the start of her career and 2016 she played for the Dutch National Team 221 times. In 2015, Steenbergen won silver at the European Championships, bronze at the World Grand Prix in 2016 and fourth at the Olympic Games in Rio.

Playing with a number of teams over her career, Steenbergen played for Dutch teams AMVJ, Weert and TVC Amstelveen; additionally, she played in France, Azerbaijan, Germany and the Czech Republic.

After the conclusion of the 2016 Olympic Games, Steenbergen decided to take a small break from volleyball. Back in December she reemerged into the volleyball world to play with VC Sneek, the leagues reigning champions. Last weekend, the club won the national cup in Zwolle.

Now with being pregnant, Steenbergen has decided to take a step away from the sport. She will focus on another career path, and will be working at the hospital in Alkmaar.