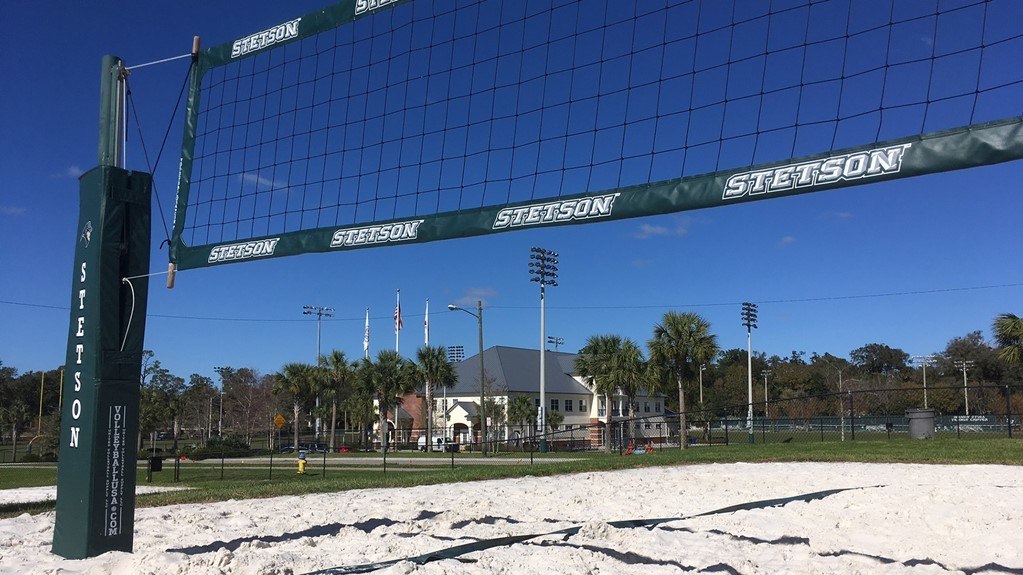 The Stetson beach volleyball team will begin their season on March 4 with the Stetson Spring Break Invitational. The Hatters... Current Photo via Stetson Athletics

The Stetson beach volleyball team will begin their season on March 4 with the Stetson Spring Break Invitational.

The Hatters first match will be to Florida Atlantic, followed by #2 Florida State on March 4. The final day of the invitational, Stetson will face #10 LSU then the pairs tournament.

The team then will make a west coast trip to face Cal State LA and #7 Long Beach State on March 7. The team will then hop on a plane to cross the Pacific Ocean to play in the Hawaii Invitational. On both March 10 and 11 the Hatters will face Loyola Marymount and Hawaii.

Perhaps their toughest weekend of the season will come on March 25 and 26, where they will face three top-ten teams. The Hatters will face #8 Georgia State, South Carolina, #1 USC and #2 Florida State. This will conclude their tournament schedule, moving them into ASUN play followed by two non-conference matches before the conference tournament to #4 Pepperdine and Florida International.

The ASUN Beach Volleyball Championships will take place from April 22 to 23 at Stetson. The winners of the tournament will move on to the NCAA Championships that will be held in Gulf Shores, Alabama from May 5-7.