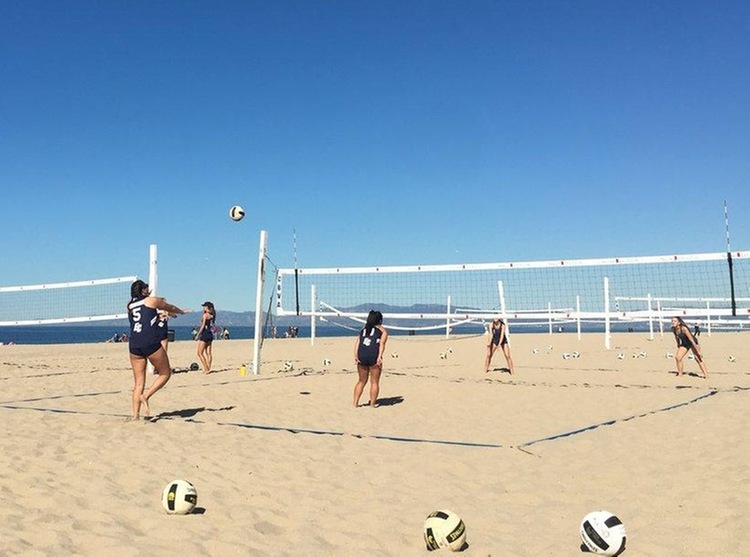 El Camino College's Kiana Takahashi/Melissa Euyoque have marked themselves as the first recipients of the AVCA Beach Pair of the Week.  Current Photo via El Camino Athletics

El Camino College’s Kiana Takahashi/Melissa Euyoque have marked themselves as the first recipients of the AVCA Beach Pair of the Week.

Takahashi/Euyoque earned the honor this week after going undefeated in their opening matches as the team’s #5 pairing. The team dropped just one set in their 3-0 weekend. The team started with a 2-1, (21-19, 17-21, 15-10) win over Orange Coast’s Georgia Grisham/Enjelica Glattli. They went on to sweep their remaining opponents – Cypress’ Alicya Siler/Ariana Ugaitafa 2-0, (21-5, 21-8) and MiraCoasta’s Halie Hess/Jazleigh Ortiz 2-0, (21-16, 21-16). The wins also helped the overall team to win, as El Camino is now undefeated as a team with 3-2 victories over each opponent.

The California Community College Athletic Association team will continue their season at Golden West on Friday, February 23, where they will take on Golden West and Fullerton. The following day the team will take on CSUN and Moorpark.

The CCCAA pairs state championship will take place at West Valley College from May 10-12 to conclude El Camino’s season.