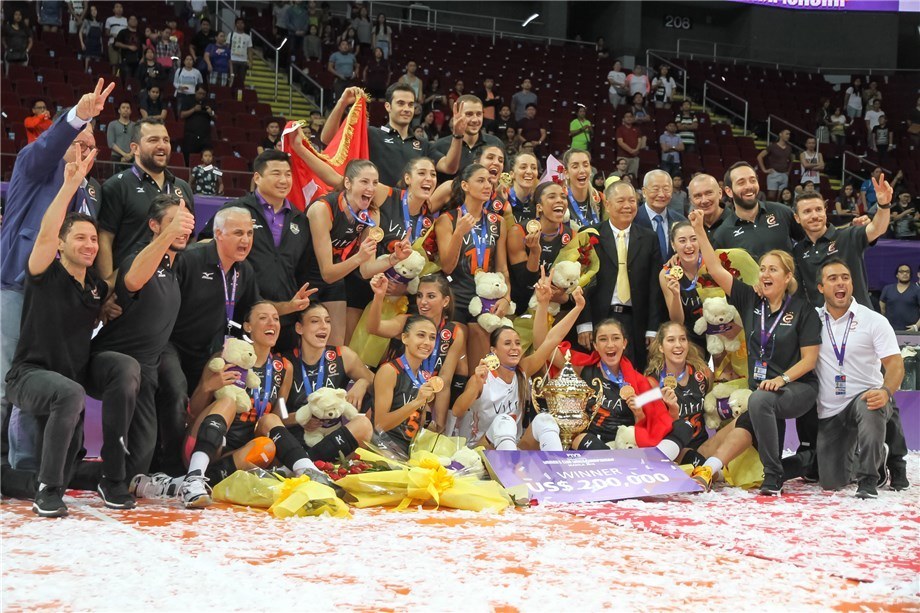 For the winning squad, Tatiana Kosheleva led the way with 18 kills, one block and four aces. Tijana Boshkovic added 16 kills and one block.

With 16 kills, Lonneke Sloetjes led the offense for VakifBank. Gozde Kirdar was close behind with 10 kills and one block.

Hisamitsu’s Risa Shinnabe  and Miyu Nagaoka each put down 16 kills, while Yuki Ishii added another 17 kills to the effort.

For Manila, Alyja Daphnie Santiago threw down nine kills, one block and one ace. Lindsay Stalzer and Stephanie Niemer each added seven kills.