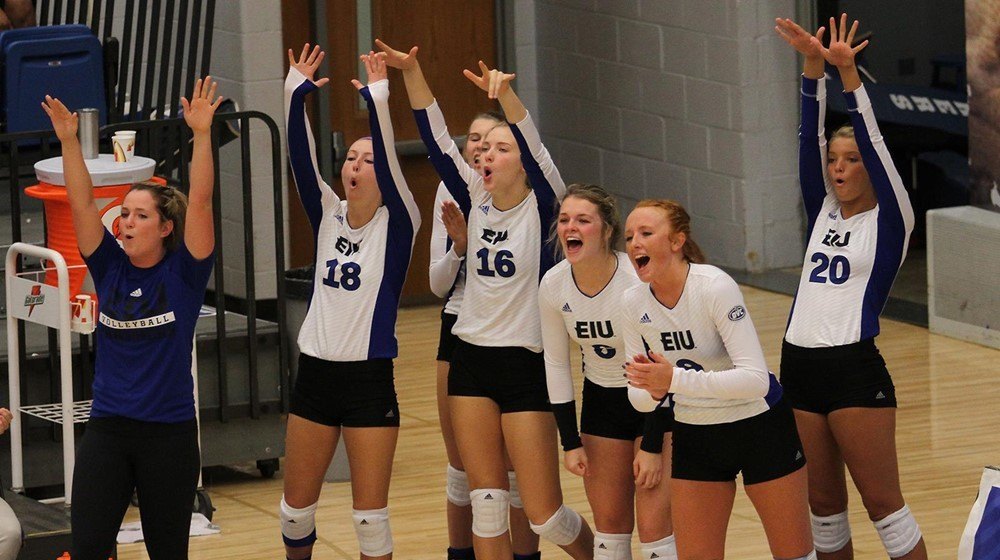 Eastern Illinois volleyball head coach Sam Wolinski has announced the addition of two transfer students that will join the Panthers team for the fall as EIU will add eight newcomers for the upcoming season.  Set to join the Panthers are middle/right side hitter Lexi May and setter Breanna Jager.

May is currently enrolled in classes at EIU after playing last season at New Mexico State where the Aggies program went 24-7 including a 13-1 record in the Western Athletic Conference.  May played in ten matches recording 19 kills as she finished the year with a .354 attack percentage.  She added 14 blocks and three digs.  A 6’5″ middle and right side hitter, May played at Downers Grove North High School for coach Mark Wasik.  As a senior she led the team in both hitting percentage and blocks.  She earned West Suburban Academic Achievement Award honors.

Jager will join the team in August when the Panthers report for fall camp.  A native of Oakville, Ontario, Jager played last season at Middle Tennessee State appearing in 12 matches.  She finished the season with 18 assists, ten digs and two service aces.  Jager posted a season-best five assists against Tennessee.  She was a four-sport athlete at Oakville Trafalgar HS in Canada participating in volleyball, rugby, basketball and sailing.

EIU will open the 2017 regular season on August 25 as the Panthers host the EIU Panther Invitational presented by Comfort Suites and Baymont Inn.  The two-day tournament will include Bradley, Green Bay and Memphis.  The Panthers will also host a preseason exhibition match on August 19 against IUPUI.