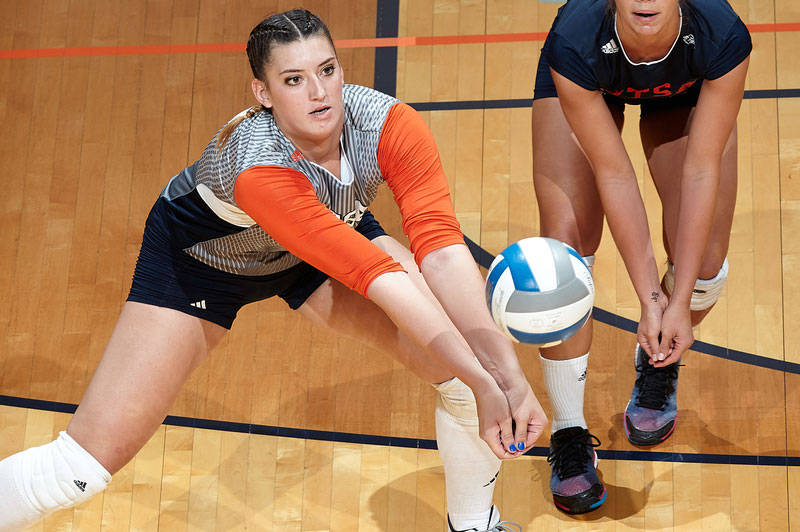 Dajana Boskovic (left) has signed her first pro agreement after finishing her 4 years of eligibility in the American collegiate system. Archive Photo via UTSA Athletics

Dajana Boskovic, the older sister of Serbian superstar Tijana, has signed with Polish side Enea PTSP Pila, joining her compatriot Jelena Trnic for the 2017-2018 season.

The 23-year old Dajana Boskovic spent the last 4 seasons playing at the amateur level in the American collegiate system at the University of Texas – San Antonio. There, she was a four-time All Conference-USA player and as a sophomore in 2014 was named an AVCA Honorable Mention All-America award winner. As a senior in 2016, she started 23 matches for the Road Runners and average 5.25 points/set.

As a U18, she played for OK Vizura in Belgrade, Serbia – the four-time defending Serbian National League champions.

Her new club, Enea PTPS Pila, was 11th out of 14 teams in the Polish women’s league last season, winning just 9 of their 19 matches.

Dajana, a 6’1″ opposite,  is the older sister of 20-year old Serbian National Teamer Tijana Boskovic, who stands 6’4″ tall. Among the international accolades for the young Tijana are a 2016 Olympic silver medal and an MVP award at the 2016 FIVB Club World Championships with her club Eczacibasi VitrA in Turkey.